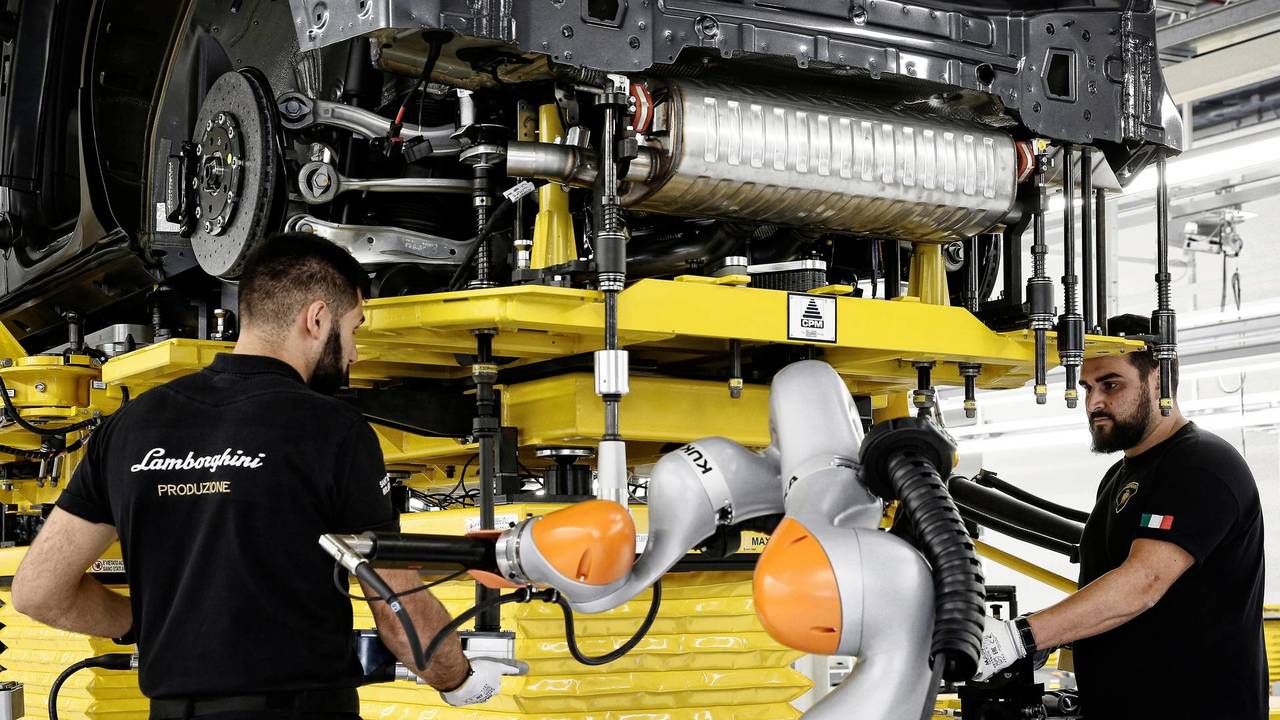 Has Lamborghini accidentally revealed its new Urus SUV in a rather naked form?

The Italian company put out a press release talking about factory expansion as plans to put the new car into production take form, and seems to have revealed more than it bargained for.

This photo of two men working on a car in the firm's Sant'Agata factory is innocent enough, but whatever they're working on is certainly no sleek supercar with carbonfibre tub and rear-mounted engine.

Still, at least they haven't given too much away – we can confirm that the new Urus runs on wheels, with brakes and has exhausts. So that's reassuring.

The new car is to be built on the same Volkswagen Group MLBevo platform as the Audi Q7 and Bentley Bentayga, although this SUV will definitely be more biased towards a sporting drive. The Porsche Cayenne Turbo will have to watch its back... Wait, that's on the same platform too.

Clearly, though, the critics who were worried that the rise of SUVs would dilute everything they held dear about beloved brands are all wrong – as this front-engined, all-wheel drive, steel/aluminium-chassis behemoth will prove. At least it will get one of Lamborghini's trademark naturally aspirated V10 engines...or rather a 4-litre twin-turbo V8.

The Urus was already revealed in concept car form at the 2012 Beijing motor show, in order for Lamborghini to gauge opinion on whether it should build the car, but the new SUV has yet to be unveiled with its final production look.

Gallery: Urus spotted in Lamborghini factory with no clothes on