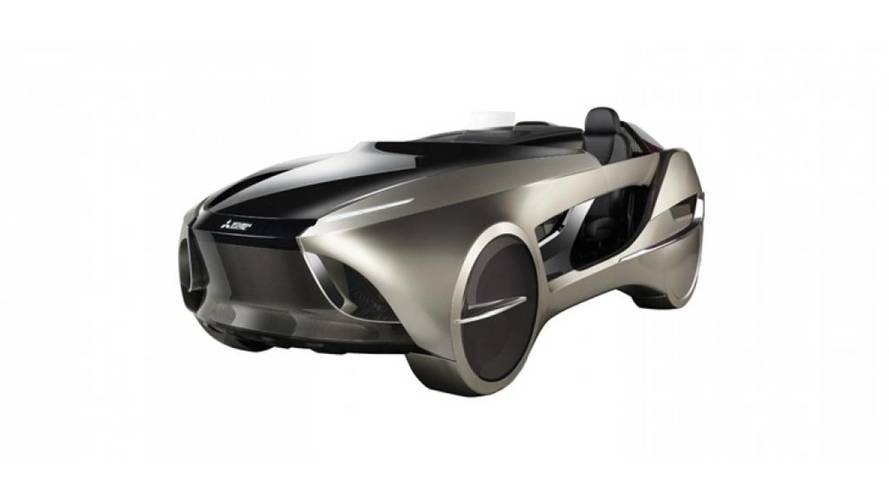 Mitsubishi has revealed some details of its new Emirai 4 concept car, which shows off some of the fancy future technology the Japanese company is working on right now.

The car manufacturer says that it is trying to think of ways that new technology can help drivers as more autonomous driving features are introduced and advances are made in augmented reality and other areas.

The concept will be officially unveiled at the Tokyo motor show at the end of October.

The Emirai uses 3D mapping technology and augmented reality display technology to integrate satnav instructions into the view out of the windscreen.

The idea is that instead of looking at the satnav screen, you will see arrows overlaid on to the road ahead of you, as well as information about useful facilities in the surrounding area. It's a head-up display on steroids.

Mitsubishi has developed what it calls a ‘knob-on-display’ setup to create a new control system that enables the driver to operate various functions in the car without taking their eyes off the road.

The functions controlled by the slider are customisable, to be of the most use to the driver – BMW's iDrive can eat its heart out.

The Emirai isn’t a fully autonomous car, but it has been developed with some self-driving technology in mind. The transition between self-driving and giving control back to the driver is an important one, however, and all current systems require the driver to be fully attentive to the road even if the car is in control.

A wide-angle camera inside the cabin monitors the faces of both driver and passenger for signs of tiredness or inattention, sounding a warning if their heads start to droop. The system can also be used to change air conditioning or sound system settings using hand gestures.

Mitsubishi has developed an innovative display system for the Emirai’s instrument panel which uses two LCD screens and mirrors to create a 3D effect that helps to minimise driver distraction by making information easier to focus on and provides useful alerts about the outside environment using live images.

The Emirai has been developed with exterior lights that are designed to better show the intention of the driver by shining arrows along the road if the car is reversing or turning, and illuminating the pavement is someone inside the car is about to open a door.

The idea behind this system is to give plenty of warning to other motorists and particularly to help vulnerable road users such as cyclists to understand what the car is about to do.