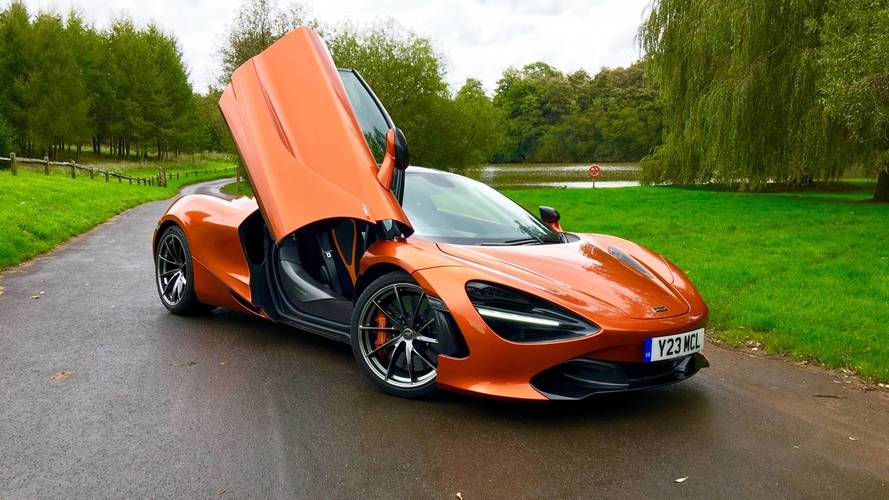 Beauty is more than skin deep.

The McLaren 720S is the latest Super Series car from the brand to take on the likes of Ferrari. To achieve Super Series status it needs to be something pretty special as this is the most potent machine the majority of McLaren customers can buy.

Exotic materials and F1 technologies fuse to form the McLaren 720S, but what’s its formula for success?

The McLaren 720S loves its numbers, so much so that it’s named after how much power it has. Power levels of 710bhp and 568lb ft of torque is a phenomenal amount of grunt, but what’s even more impressive is what this McLaren can do with it. The 0-62mph run comes and goes in just 2.9 seconds, 0-124mph in 7.8 seconds and it will continue to accelerate up to a top speed of 212mph.

If you want a 720S there is another important figure to consider. You’ll need to make a cheque for £208k payable to McLaren Automotive.

Every McLaren created by the automotive division over the past seven years has been powered by a twin-turbocharged 3.8-litre V8 engine. From 540C to P1, this unit has been a staple of McLaren. But the never ending supercar arms race rages on and so the McLaren 720S’s beating heart is a new 4-litre twin-turbo V8.

Labeled the M840T, this engine is lighter and sits lower in the car than its predecessor to improve the centre of gravity.

McLaren pioneered the carbon fibre monocoque in Formula 1 with the MP4/1. It’s lightweight construction provided more strength without clocking up the kilos. McLaren uses the very same technology in its road cars.

The latest incarnation is called Monocage II and the structure weighs less than 102kg. Despite being lighter than its predecessor this new carbon cell is actually more rigid.

Monocage II also has practical applications, too. It’s strength means that pillars can be thinner, door openings wider and sills lower. The McLaren 720S provides all-round visibility unmatched by any supercar that has come before it. Getting in and out is also more elegant than with a McLaren 650S.

Located to the left of the driver is something called the Active Dynamics Panel. It houses a pair of rotary dials that can totally change the temperament of the McLaren 720S. One adjusts the cars handling and the other its powertrain. Each of these dials has three settings.

Comfort Mode keeps the cars hydraulic suspension at its most supple. The steering is lighter, gear changes smoother and the engine is more muted.

Sport is actually the default mode until you activate the panel. Throttle response is sharp and the car will happily display triple digits with just a twitch of your right foot.

Track Mode unleashes the full fury of the 720S. Everything is on maximum attack and the electronics take more of a back seat. Performance in this setting is nothing short of ferocious.

Master of the Elements

McLaren know a thing or two about aerodynamics. The 720S manipulates the air around it like a conductor guides an orchestra. Its clean silhouette cuts through the atmosphere while channels and ducts help reduce lift at speed. Take a closer look at the details and you’ll notice intricate shapes that tame disruptive vortices at speed.

The McLaren 720S doesn’t have large air intakes like most mid-engined supercars. They might be great for cooling, they also cause a lot of drag. Instead channels within the doors allow the V8 to breath without the aerodynamic penalty.

In addition to the stopping power of carbon-ceramic brakes, the 720S also makes use of an airbrake. Hit the anchors at speed and the active rear wing deploys to help slow the car: 124-0mph takes just 4.6 seconds.

The McLaren 720S is very capable of setting blistering lap times, but sometimes you just want to undo your top button and shred some tyres.

Variable Drift Control allows you to input a predetermined drift angle before pulling off some impressive slides. Unlike Ford’s Drift mode in the RS, the McLaren’s system isn’t there to initiate the sideways action. Instead Variable Drift prevents things from going too far.

Think of it as the babysitter that lets you stay up late, but quickly tucks you up in bed just before your parents get home.

Patience is a Virtue

Want one? Of course you do. However, you’ll have to join the queue as there’s still a lengthy waiting list.

Buying a preowned example could get you a 720S tomorrow. That said, you’d have to pay a substantial premium as low mileage cars are currently changing hands for north of £260k.