Toyota Concept-i Ride is a city car of the future 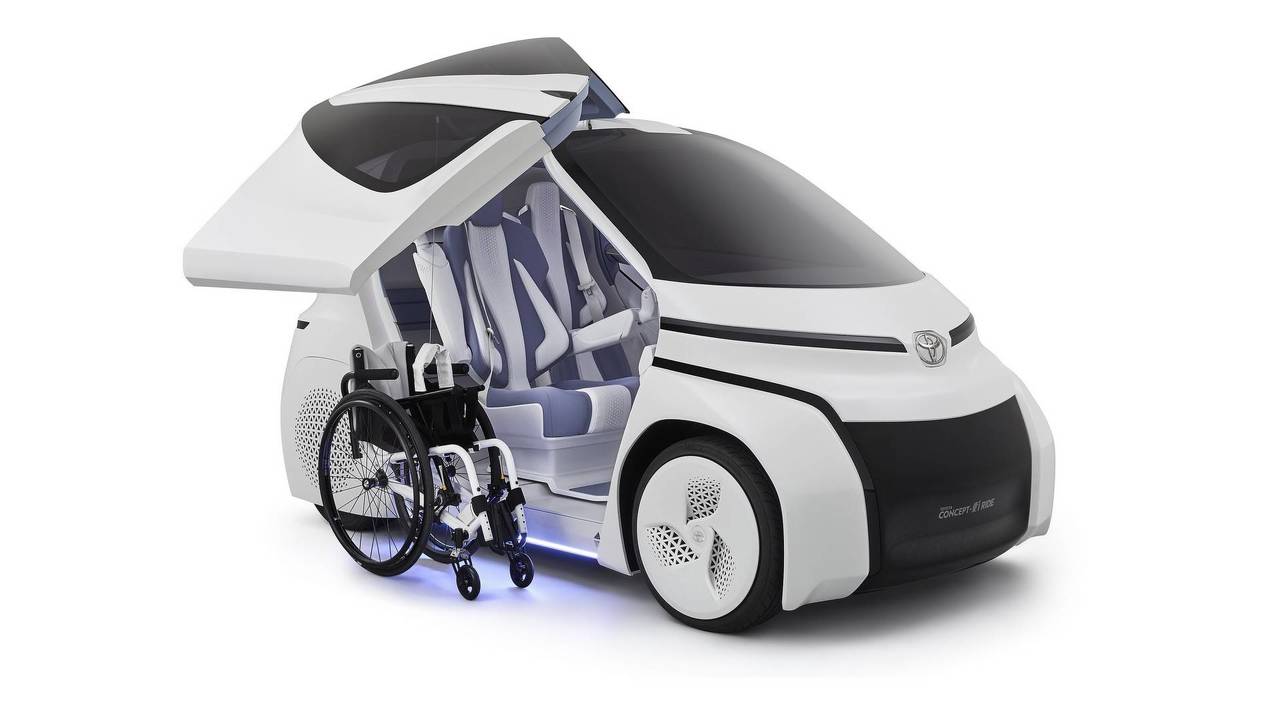 The electric concept has been engineered for easy wheelchair use.

After introducing the Concept-i at the beginning of 2017, Toyota has downsized the formula for its new Concept-i Ride, which is tailored for city use.

It might just be one of the smallest cars to ever feature gullwing doors, but these are not just there to make the concept look more interesting – they have been used to provide decent wheelchair access to the cabin.

Thanks to the large opening of the doors, it should be quite easy to get in and out of the Concept-i Ride, a fully electric concept that can accommodate two people. Open the door and the electrically operated seat automatically slides towards you, making it easier for wheelchair users to get inside. At the back of the car, there’s enough space to store a folded wheelchair.

While the Concept-i – introduced at the Consumer Electronics Show in Las Vegas in January – had a steering wheel shaped like a computer games controller, this follow-up concept uses a joystick that also incorporates the accelerator and brake functions.

The new concept will be joined on the Toyota stand at the Tokyo motor show at the end of October by the new Concept-i Walk, a mobility vehicle with three wheels and a variable wheelbase. Also electric, it occupies about as much space as a walking pedestrian and Toyota says it can be used for up to 12.4 miles (20 km) before recharging.

Depending on the configuration of the wheelbase, it has an overall length varying between 500-700mm and has a turning radius smaller than its total length. Hopping onto the Concept-i Walk should be easy to do since it has a lowered floor. Onboard sensors are able to detect any dangers, and the driver is automatically alerted.