McLaren MSO reveals two bespoke models made for one buyer 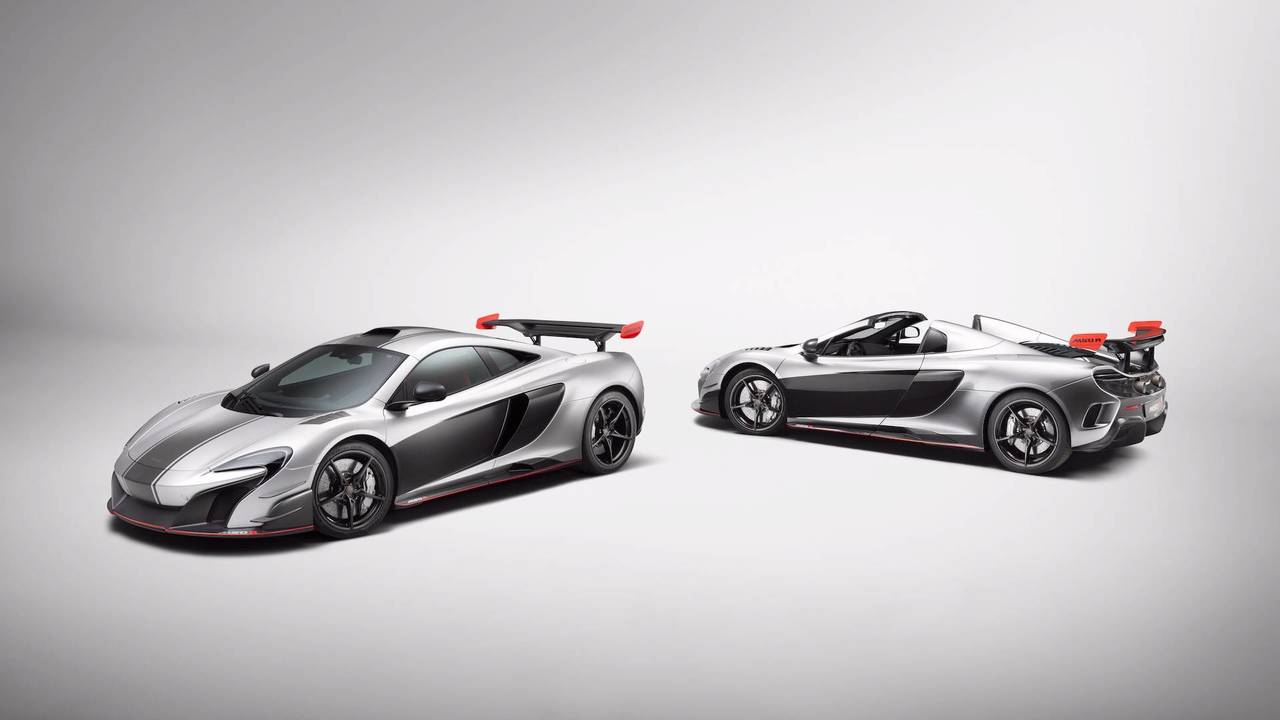 His and hers McLarens, anyone?

McLaren’s Special Operations division – or MSO – will do almost anything to your new Woking-built supercar if you can pony up the cash, and one very wealthy customer will be taking home two McLaren vehicles unlike any other.

The British car maker has unveiled two bespoke supercars – an MSO R Coupe, and an MSO R Spider, each based on the 650S and fitted with a number of unique features.

The two supercars are the latest in a growing line-up of MSO-tuned vehicles, and these examples come with the same external, internal and mechanical specifications. Power is delivered via a 3.8-litre twin-turbo V8 producing 679bhp and 516lb ft of torque – a healthy bump from the standard 650S's 641bhp. A special new titanium exhaust system has also been fitted, giving the supercars a unique sound.

That extra power gets the visuals to match, with carbonfibre upgrades across the car, including new bumpers, air intakes and a roof scoop for the coupe.

The exterior of both cars is finished in McLaren's Liquid Silver paint, with red accents on the front splitter and side blades. MSO R branding also features across the outside and inside of the bespoke McLarens.

The cabins of both cars come wrapped in Alcantara, primarily in black with red accent stitching on the dash and steering wheel. The steering wheel also features a carbonfibre upper and lower portion for added performance feel. The seats, meanwhile, are finished in the opposite colours to the dashboard, with red Alcantara and black accent stitching.

The package is finished off with an MSO R-branded key – just to make the unnamed buyer feel like they're getting their money's worth – and instrument cluster displays with shift lights. The two cars are identified by unique plaques identifying them both as McLarens designed by MSO.

The company doesn't say how much these two one-off builds cost, but if you have to ask...