BMW i8 Roadster gets more power and nicer interior 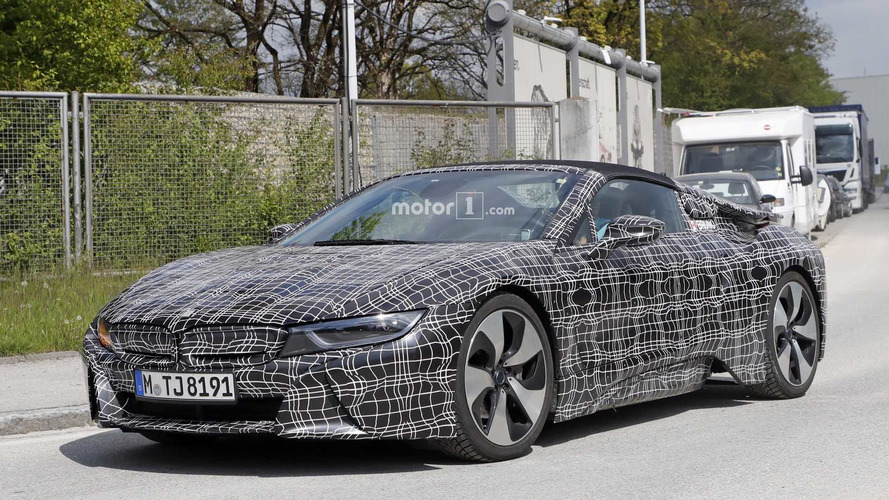 The new car will use the same petrol engine, but gets beefier electric setup.

It was rumoured that the new BMW i8 Roadster would be revealed at the Frankfurt motor show in September, but it was a no-show – thankfully if you're waiting impatiently for the arrival of the new semi-electric drop-top, the latest reports suggest that we'll see the new car in a matter of weeks.

The convertible hybrid has been spotted in testing, but a select group of punters have been invited by BMW to see the new car in the nude at a private London event, and details have begun to emerge.

The production version of the car is said to be close in design to the concept car, which was first unveiled in 2013, and features extremely light alloy wheels with a narrow spoke design.

The convertible roof is made of fabric, and the rear seats have been ditched in favour of a storage compartment. Other interior changes include improvements to the seats, an upgraded instrument panel and the latest generation of BMW's iDrive infotainment controller.

The 1.5-litre three-cylinder petrol engine that powers the car is set to be the same unit from the coupe model, but tweaks to the car's electric motor and battery setup are said to be behind the reported 15bhp boost in power.

We're excited to see the new car in the carbonfibre-reinforced plastic ourselves, and we'll bring you all of the latest details as the car is revealed.

BMW i8 fire in The Netherlands