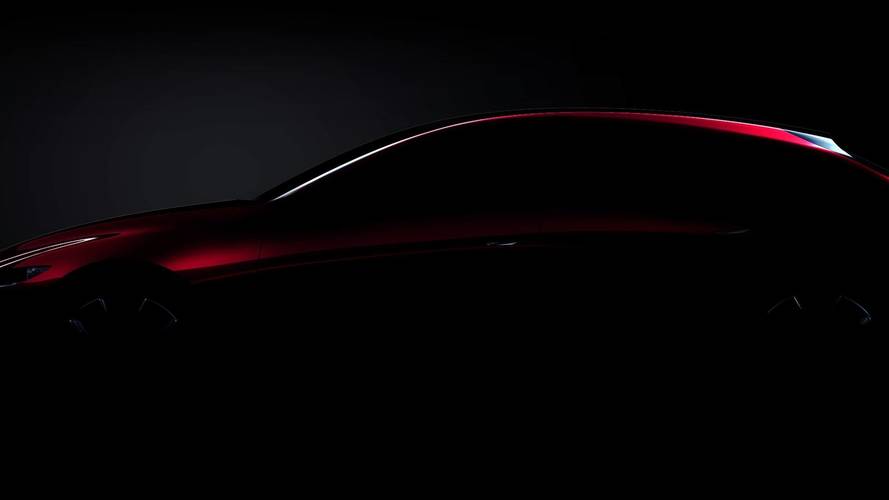 Two new concepts are set to be unveiled at the Tokyo motor show later this month.

Mazda is all set to unveil two important new concept cars that will showcase some upcoming technology and preview a new design direction for the Japanese car manufacturer.

The concepts are set to be unveiled at the Tokyo motor show later this month, an important event for Mazda that takes place in its home market.

The Product Concept and Design Vision Concept will give a clear indication of Mazda's future design direction and what upcoming cars from the brand will likely look like.

The Product Concept hatchback shows off some of Mazda's next-generation technology, including the new Skyactiv-X engine which is set to go into production soon.

That unit uses compression ignition technology usually found in diesel engines to improve the emissions and fuel consumption of petrol engines. It's a world-first for the technology in a commercially viable state and represents a minor breakthrough in engine technology.

The other concept on display will be the Design Vision concept, which Mazda says will define its next-generation design language.

The current scheme, which Mazda calls 'Kodo', was introduced on the CX-5 SUV in 2012, and it remains fresh and dramatic. All eyes will be on Mazda at the Tokyo show to see how it can build on its exciting design flourishes to gain some attention from the car-buying public.