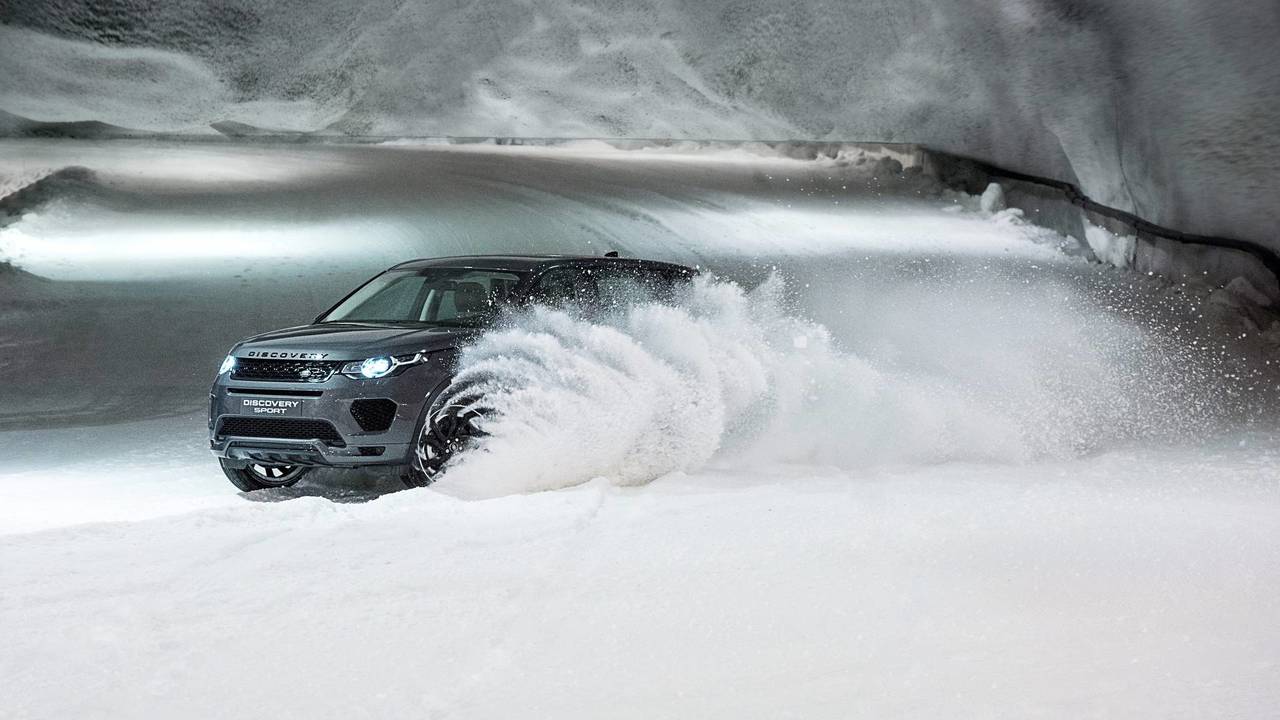 Yet another crazy capability test from the guys at JLR.

Land Rover is a company that is never shy about proving its cars' capabilities. This time it's been testing the Discovery Sport's ability against the humble dog.

A warm summer has meant that Finnish middle-distance champion, Laura Kääriäinen, and her team of six sled dogs have been unable to train because of the lack of snow, but fortunately for her there's an underground snow tunnel in Finland that has just the ticket.

The tunnel is carved into the bedrock 35m below ground level and kept at a constant temperature of -2°C to maintain a deep 20mm blanket snow even during the summer.

Lead dog Jami got a lift to the race in the back of the Discovery Sport, demonstrating the car's capacious boot space.

The 0.6-mile race through the tunnel began with the dogs and and car setting off in opposite directions. While the dogs had a straightforward task once they had negotiated the first incline – they just had to maintain speed – the Discovery Sport had to negotiate a set of ice blocks, to test its wheel articulation and traction control systems.

Driver Karl Richards, lead engineer for stability control systems at Jaguar Land Rover, said: 'Snow is one of the most demanding surfaces drivers will encounter during winter around the world and Discovery Sport proved to be as comfortable in these conditions as the dogs.'

It sounds like the conditions were snow problem for the Land Rover or the dogs... (sorry). Watch the video of the cool race below.