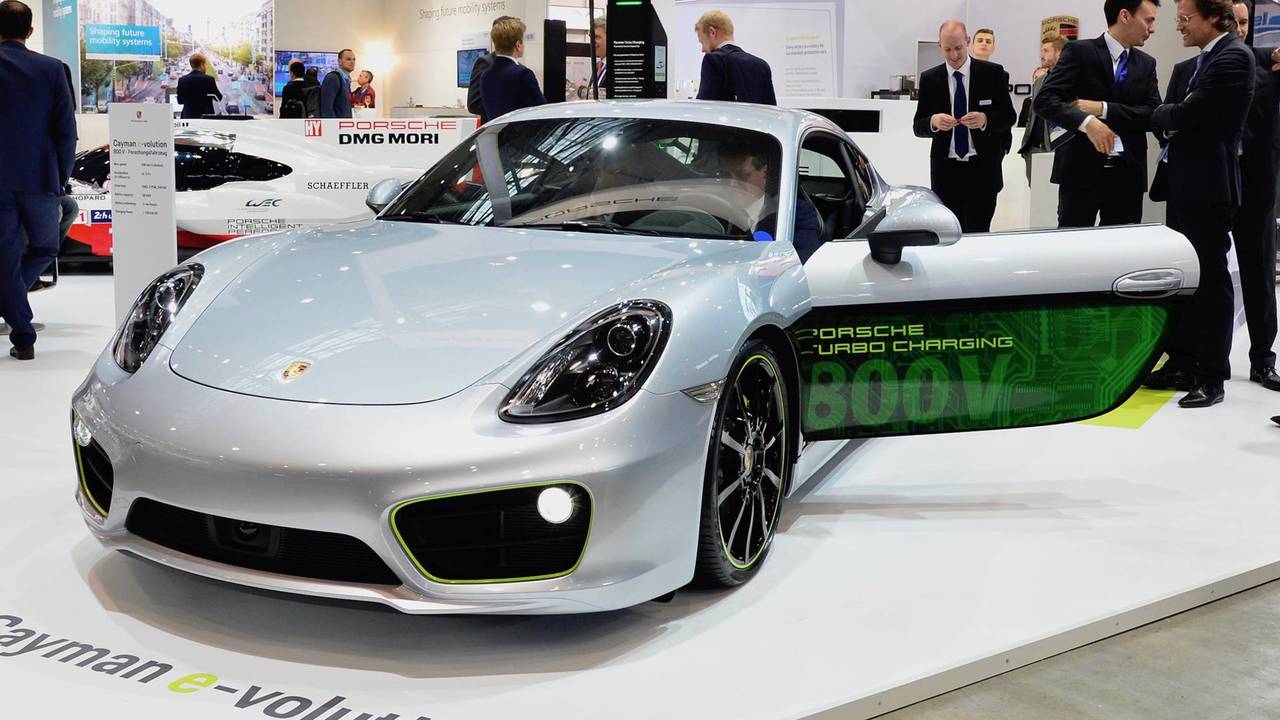 Electric sports car will do 0-62mph in 3.3secs, but won't make production.

Porsche has revealed an electric Cayman concept car that previews technology due to appear on its new electric sports car.

According to the German manufacturer, the Cayman e-volution ‘research vehicle’ will accelerate from 0-62mph in 3.3secs and can manage up to 124 miles on a single charge.

Although the car will never go into production, Porsche claims that the Cayman e-volution is ‘showcasing the future of the sports car’ and hints at what is to come with the forthcoming Mission E electric car.

The Cayman, which is on show at the Electric Vehicle Symposium in Stuttgart, features an accumulator-based 800V fast charging system that will also find a home in the Mission E.

Dubbed Turbo Charging, the system is designed to suit areas where the power distribution system is limited. Porsche, Audi, BMW, Daimler and Ford are putting their combined might behind just such a network, which will use a medium-voltage connection to offer high-power electric vehicle charging on major European roads by 2020.

In the Mission E, slated for launch in 2019, the system will charge the batteries to 80 percent in 15 minutes.

When full, however, the four-door Mission E is set to offer considerably more range than the Cayman concept. Porsche claims it will achieve 310 miles between charges, while the car’s motors are expected to produce something in the region of 600bhp.

That power is thought to be enough to manage 0-62mph in less than 3.5 seconds, but there is speculation that faster versions could be made available via over-the-air updates similar to those provided by Tesla.