Range Rover gets hybrid power for 2018 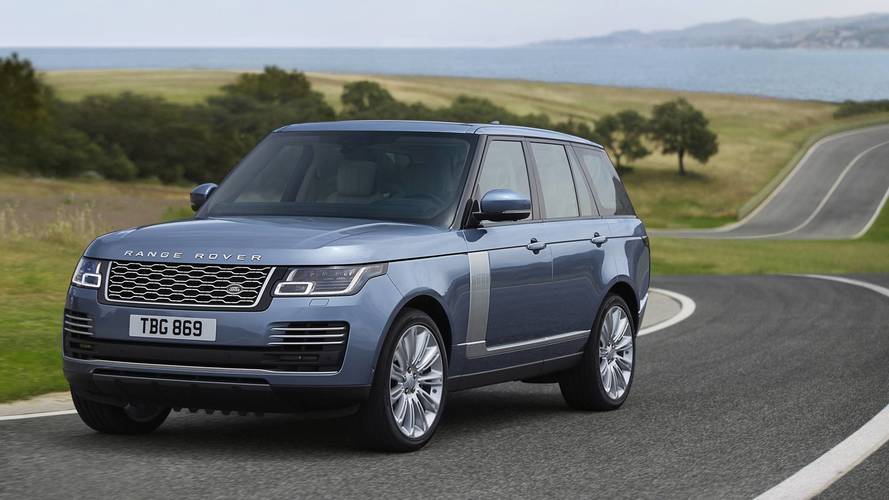 The facelifted Range Rover will hit UK roads at the start of next year boasting a new plug-in hybrid variant and an updated exterior design.

Using the same hybrid system as the recently announced Range Rover Sport PHEV, the plug-in Range Rover P400e will manage up to 31 miles of electric-only driving before it needs to fire up its 2-litre, four-cylinder petrol engine.

The combined power of the 296bhp internal combustion engine and electric motor equates to 398bhp – enough to get the huge 4x4 from a standstill to 60mph in 6.4 seconds – while charging the battery takes around seven-and-a-half hours using a 10-amp home charging cable.

Aside from the new hybrid powertrain, though, the Range Rover’s existing engine line-up has come through the facelift relatively unchanged. The 3-litre V6 diesel remains at the base of the range, complemented by a 4.4-litre diesel V8, a 3-litre supercharged V6 petrol and two versions of the 5-litre supercharged V8.

This largest engine will offer as much as 557bhp in the range-topping SVAutobiography model, which arrives bearing the label of the most powerful production Range Rover to date. It’s about 15bhp more powerful than its predecessor, and it’ll sprint to 60mph in 5.1 seconds.

Changes to the car’s exterior are similarly minor, with a new grille and updated bumpers being the only obvious updates.

Inside, however, the new Range Rover gets a more noticeably revamped cabin that takes its cues from the new Velar. As a result, two 10-inch touchscreens dominate proceedings, while the steering wheel and seats have also been changed slightly.

The car also boasts up to 17 in-car connection points for electronic devices, including domestic plug sockets and USB, 12-volt and HDMI connectors.

‘Our customers are very clear about what they want from any new Range Rover,’ he said. ‘“Don’t change it, just make it better,” they tell us, so everything we've done has been about enhancing our flagship SUV.’