Bright blue hue has been developed by examining a butterfly's wings.

Lexus has announced a new special edition of its LC grand tourer that has been developed with the help of an unlikely ally – a butterfly.

The LC Structural Blue Edition features a paint job inspired by the Morpho butterfly, which is known for its vivid blue wings. However, researchers found that the insect’s wings are, in fact, colourless, with the bright hue created by light interference from their structure.

Basing their new colour on this principle, the paint boffins invented a seven-layer pigment that reflects more light than normal vehicle paints, resulting in a colour that Lexus claims is ‘more “blue” than anything seen before’.

Just manufacturing the paint takes eight months, with 20 quality inspections required to ensure the correct hue. In the paint shop, 300g of the pigment is applied to each car, with the 15-micrometre layer sitting on top of the primer and under multiple clear coats.

The paint process is so complex that just two Structural Blue cars can be produced in a single working day at Lexus’ Motomachi factory in Japan. 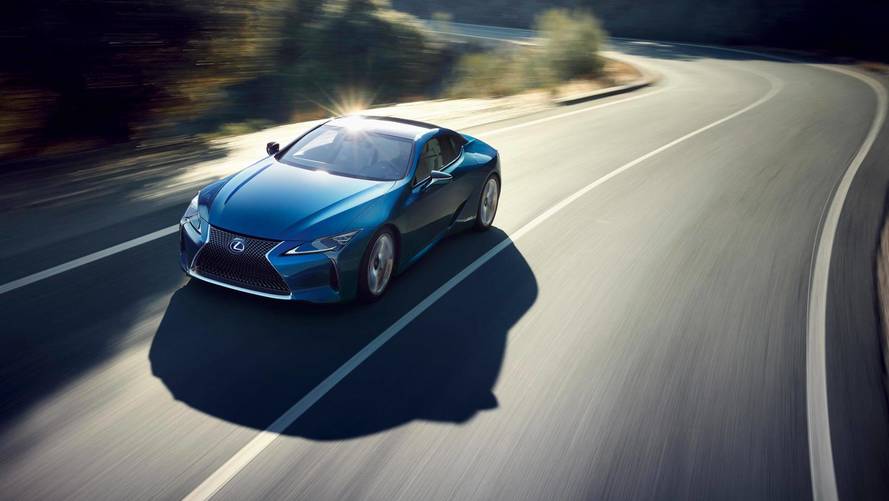 The LC Structural Blue Edition gets more than just a clever paint job, though. Offered on both the V8-powered LC 500 and the LC 500h hybrid, it’s set apart by 21-inch alloys and carbon-fibre scuff plates.

Inside, there’s a bold colour combination of blue and white leather and orange Alcantara, with blue Alcantara headlining.

Lexus has not yet announced pricing for the limited-numbers model, but it could exceed the £80,595 asking price of the existing model with the Sport Pack.