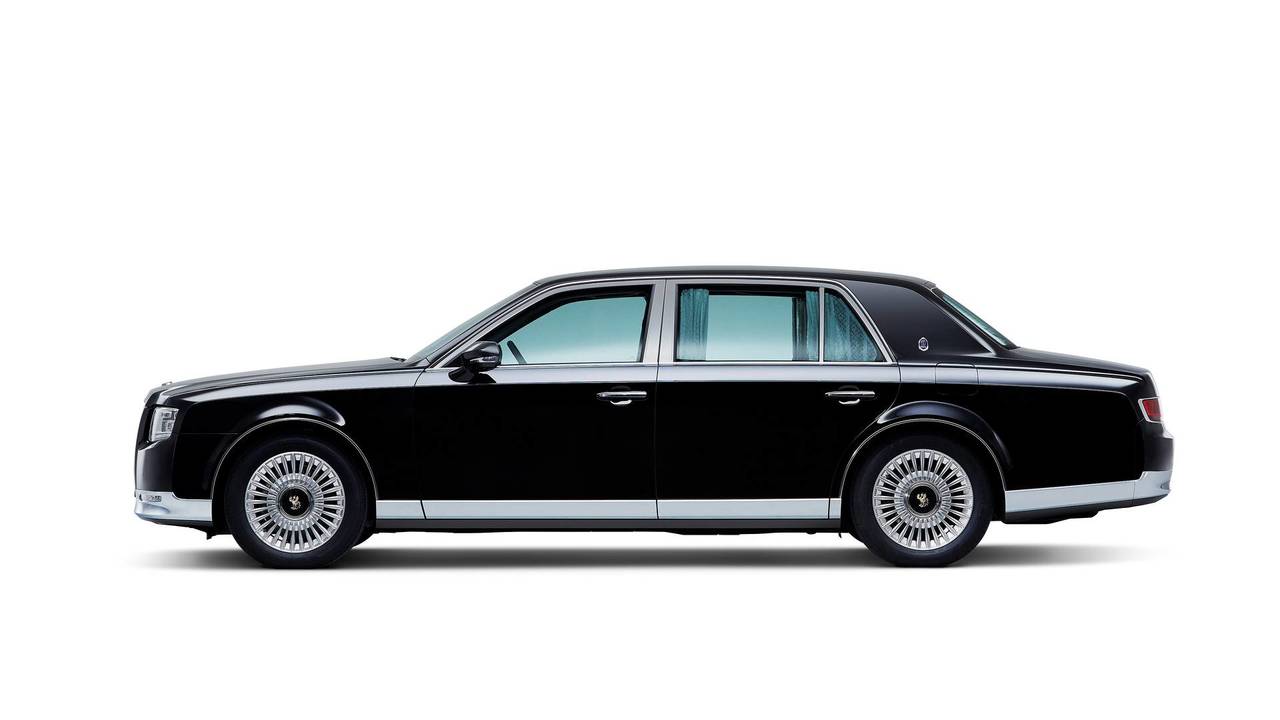 Toyota will offer a glimpse of the next Century at the Tokyo Motor Show later this month, but unfortunately for those of us in the UK, we won't be able to buy one any time soon.

The Japanese-market exclusive looks like a cross between a Rolls-Royce Phantom and a Lincoln Continental, and bears a strong resemblance to the £355,000 one-off Toyota Century Royal state car that was built for the Emperor of Japan back in 2006. That car has granite entry steps and a Japanese rice paper headlining, interior touches which sadly haven't seen it through to production on the third-generation car.

The original Century was introduced in 1967 and had an impressive 30-year production run, while the second-generation car enjoyed a comparatively brief run of 19 years between its introduction in 1997 and retirement in 2016. One of the features that marks the Century out as a particularly Japanese super-luxury car is the use of lace in the rear windows instead of tinted glass, which is seen as a bit louche.

The new car is powered by a 5-litre V8 engine, as well as Toyota's hybrid system for electric running, the Century comes equipped with specially developed tyres that have been designed to minimise road noise and vibrations, as well as an active noise control system that uses noise-cancelling technology to ensure maximum hush on board.

Inside the luxury limousine is trimmed with heather-patterned upholstery made from soft, high-quality wool. A multi-functional LCD screen in the central armrest enables passengers to control the seats, air conditioning and audio controls, while the cabin is also fitted with a writing table, reading light, rear seat entertainment system with a large-sized display, and a 20-speaker premium audio system.

The rear seats are especially plush, with Toyota going for that first class cabin feel. The seats have powered leg rests and massage functions built in, as well as fold-down footrests, all to help soothe away the stresses and strains of running a Nikkei Index corporation, or perhaps even the country.

For the driver, there's Toyota Safety Sense P collision avoidance support, blind spot monitoring and rear cross traffic alert that will help protect the no-doubt wealthy and important occupants riding in the back.

Prices for the third-generation Century have yet to be revealed, but don't expect it to come cheap... that's if you're in Japan and able to get one.