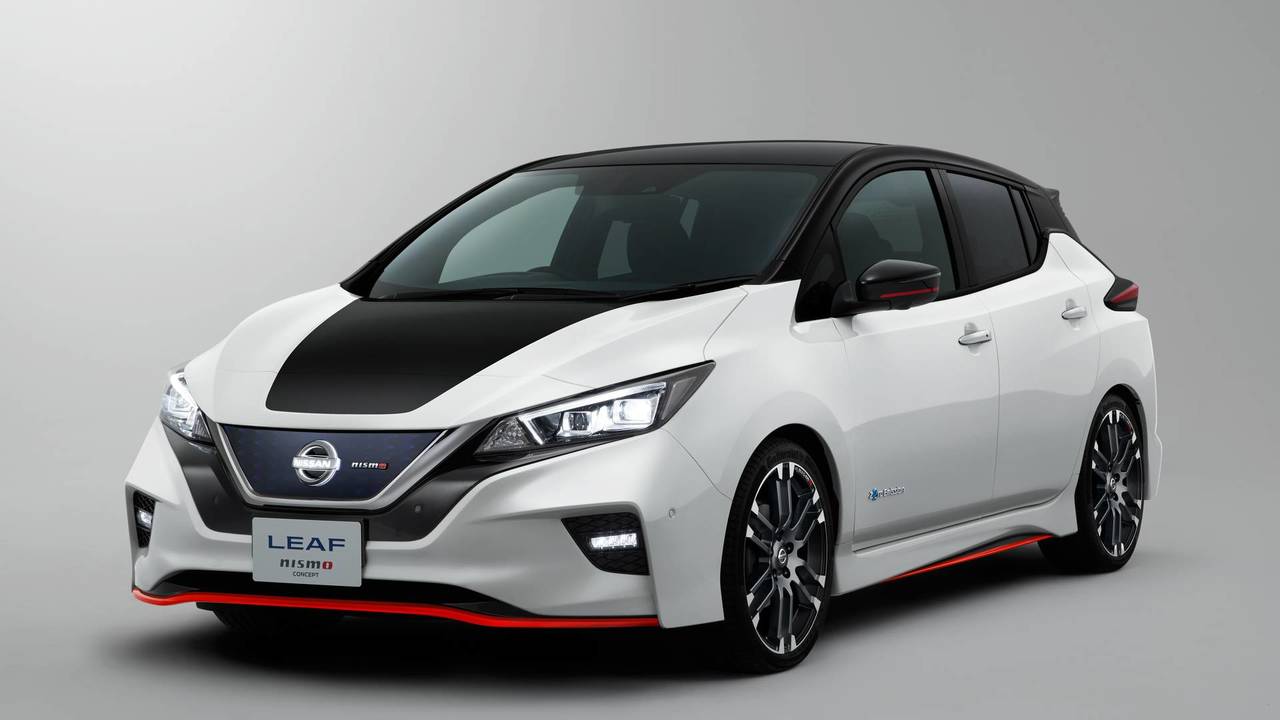 Nissan is set to bring a handful of new cars to the Tokyo motor show later this month, one of which is a performance version of their hugely-successful Leaf electric car.

The latest iteration of the EV was launched last month, and now Nissan's in-house tuning firm Nismo has got its hands on the car, to obviously delightful effect.

The motorsport powerhouse has sprinkled the Leaf with a number of sporting touches, including fancy new alloy wheels, a signature black and red interior, and a more aggressive exterior that preserves the Leaf's already impressive drag coefficient.

Away from cosmetics, the Leaf Nismo features sport-tuned suspension and high-performance tyres, as well as a custom-tuned ECU that abandons eco pretensions to deliver instant acceleration at all speeds.

The Leaf Nismo also comes with the new e-Pedal feature, which allows the driver start, accelerate, decelerate, stop and hold the car by using only the accelerator pedal. It'll also be the first Japanese car to have a self-parking feature, says Nissan.

A sporty Leaf may seem unusual, but it's by no means the most bizarre vehicle the Nismo outfit will be showing in Tokyo. It's also given the Serena MPV the motorsport treatment.

The Serena Nismo features a sport-tuned suspension system to improve handling, a new engine control module, and a sports exhaust system to 'improve' the driving experience. Like the Leaf, the exterior is unmistakably Nismo as well.

Unlike the Leaf Nismo, Nissan has already announced plans to put the Serena Nismo on sale. The mad minivan will be available in Japan from November – the Tokyo airport taxi run will never be the same again.