The 2018 Land Rover Discovery goes on the pull

See the new Discovery towing the biggest lorry you've ever laid eyes on.

A bit of a warning before we get going: This story might drag on a bit...

Land Rover has put the new Discovery to the test to prove its Tow Car of the Year credentials by taking it Down Under to pull a land train.

Yes, a land train. The 100 metre-long giant was pulled by the Discovery across a 10-mile stretch of Australia's remote outback to usher in the car's 2018 model year.

While the Discovery is certified to tow up to three and a half tonnes on the road, it made 'light' work of the 110-tonne, seven-trailer land train. It even pulled the 12-tonne tractor unit, which was kept in the train to operate the hydraulic brakes on the trailers. 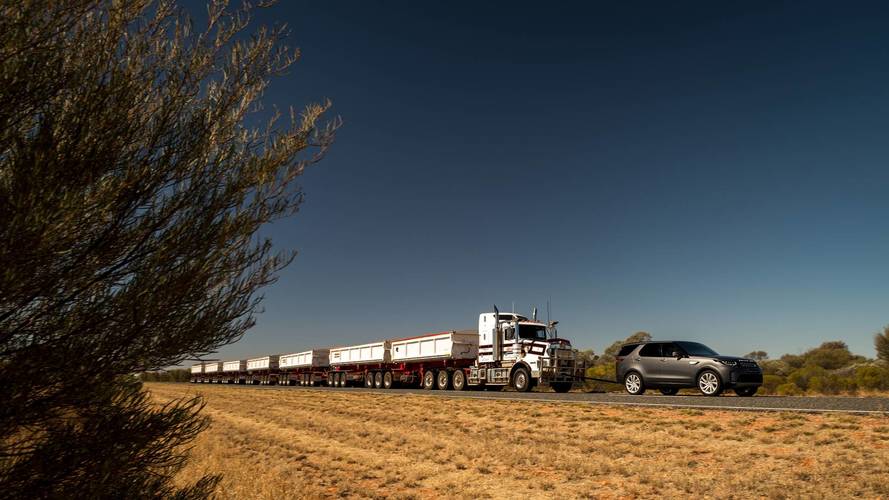 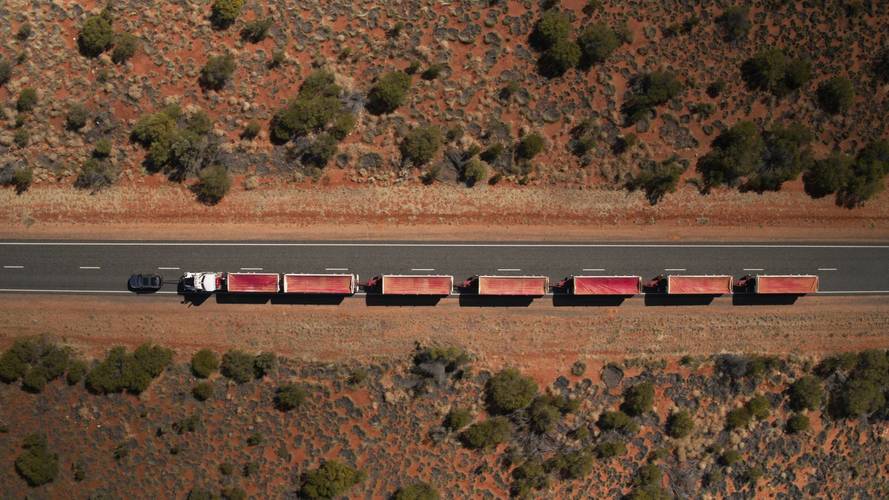 Usually land trains are only allowed to be up to 53.5m long, so Land Rover had to obtain special permission for the feat, one that John Bilato, managing director of haulage specialist G&S Transport, thought couldn't be pulled off.

'When Land Rover first got in touch, I didn’t think the vehicle would be able to do it, so I was amazed by how easily the standard Discovery pulled a 110-tonne road train. The smoothness of the gear changes under that amount of load was genuinely impressive,' said Bilato, who drove the Discovery for the epic tow. 'These road trains are the most efficient form of road haulage on the planet and using the Discovery made this the most economical of all.'

The whole event was quite a remarkable achievement, but don't for a second think it was the result of camera trickery or extensive vehicle modifications. 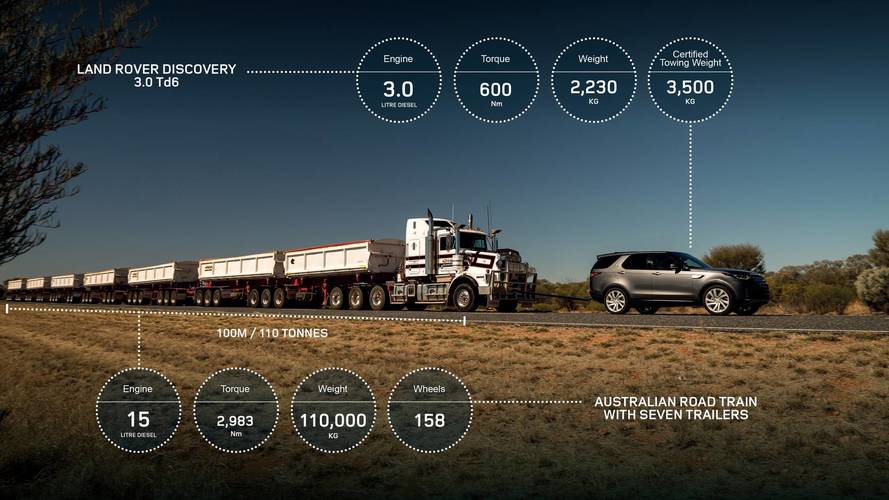 Land Rover says the Discovery TD6 used a standard eight-speed automatic transmission and four-wheel drive system. It was powered by the firm's 3-litre diesel engine, which produces 254bhp and 443lb ft torque. Official economy is 39.2mpg and 189g/km CO2, but we imagine that is likely to dip somewhat when towing huge trucks.

The land train was hooked up to the car using a factory-fitted tow bar attachment, and the train itself was even carrying 10 tonnes of ballast to boost the weight to 110 tonnes – because clearly someone thought that the whole thing wasn't quite heavy enough. 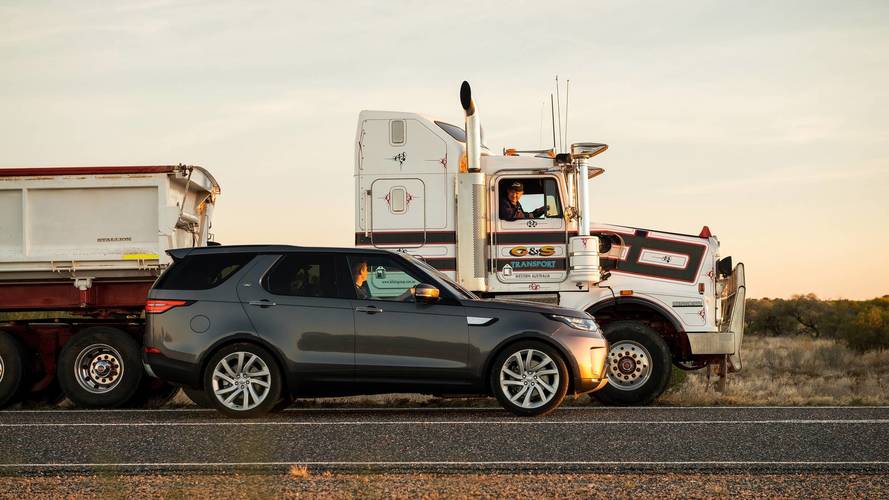 The Discovery clocked a speed just short of 30mph during the tow, which exceeded expectations of Land Rover product engineer Quentin Spottiswoode. 'Towing capability has always been an important part of Discovery DNA and the raw weight of the road train tells only half the story here,' he said. 'Pulling a rig and seven trailers, with the rolling resistance of so many axles to overcome, is a huge achievement. We expected the vehicle to do well but it passed this test with flying colours.'

The Discovery hit frankly terrifying speeds of 27mph during its 10-mile run, although the economy of running such a large cargo is rather negated when at this rate it would take two years and four months* to cross Australia (*made up fact alert).

The 2018 Land Rover Discovery is available now, and you'll be pleased to know there's little chance of you being held up by one towing a never-ending 110 tonnes of cargo along the M6, even if it does feel like it.