Skoda toughens up the Kodiaq with new Scout package 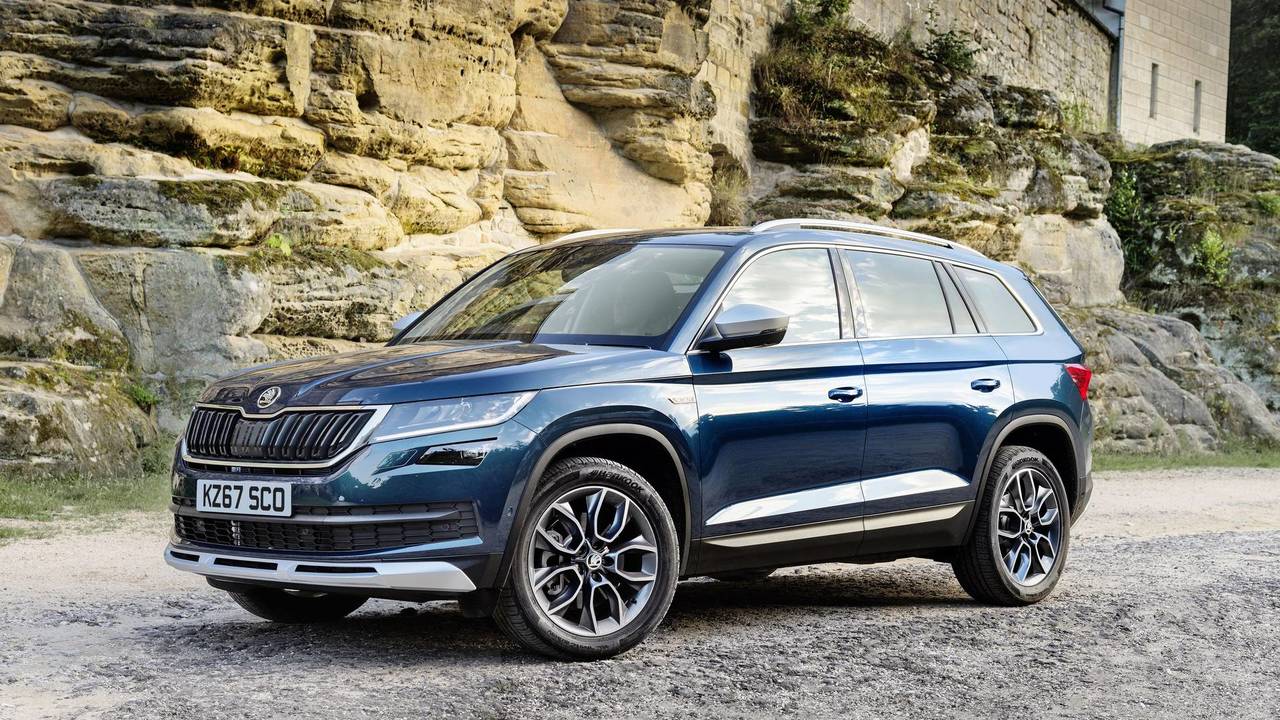 Skoda has introduced a new mid-range model to its Kodiaq lineup.

The new Scout trim will be offered between the SE L and Edition models, and will be priced from £32,330. Six engine and transmission options will be available, with all featuring four-wheel drive.

Two petrol engines will be offered, a 1.4 TSI unit that will be good for 148bhp, and a 177bhp 2.0 TSI. The 1.4 will come with a six-speed manual as standard but will have the option of a seven-speed DSG automatic transmission, which will be fitted as standard to the 2-litre model.

When it comes to diesel, the stalwart Volkswagen Group 2-litre unit comes in two states of tune: 148bhp and a 187bhp.

The Scout is very much aimed at those looking to take their Kodiaqs off the beaten track – or at least those who want to pretend they do – with its off-road bumpers front and rear. Additional aesthetic accents include a rear diffuser, Scout plaques on the front wings, silver door mirrors and special 19-inch alloy wheels.

Inside, the Scout will be marked out from the rest of the range by its Alcantara-trimmed seats and door panels, and there's a fancy wood finish to the dashboard and door inserts as well as aluminium-trimmed pedals and LED ambient lighting.

If you really do want to venture off-road with your Kodiaq, the Scout model has a special off-road mode that changes the ESP and engine settings to allow maximum traction, and there's extra protection underneath the car with a tough engine guard and underbody stone protection.

The Kodiaq isn't the first Skoda model to recieve the Scout treatment. The model designation has been around for a decade now, having first been introduced on the Octavia in 2007. Scout models feature rugged design elements and 'enhanced off-road ability' that has brought several industry accolades.

The Kodiaq Scout will be available alongside the Octavia Scout in the brand's 2017 lineup.

Did you know? We're running a Kodiaq SE L on a long-term test with a 2-litre diesel engine and four-wheel drive. Read the latest update (with video).