Nice try, Porsche. But we can see those exhaust tips don't actually do anything.

If you're a fan of the Mission E concept, there is a good chance you are going to appreciate the production model as well. Sure, it won’t have the suicide doors, nor will it get cameras instead of mirrors, but it seems the overall shape and styling is going to be carried over. Spotted for the first time carrying the production body, the all-electric sedan will have an almost coupe-like roofline lending it a sleek side profile.

Both prototypes had extra layers of camouflage on the LED headlights and taillights to hide their designs, but even so we can get an idea about the shape of the clusters. The fake stickers applied at the front have been imprinted with the headlight design from the Panamera, but you can actually see the real ones underneath and these look just about as futuristic as the ones the concept had.

At the back, the taillights are a more conventional setup with clusters on each side rather than the full-width LED strip of the showcar from 2015. To try and trick us into believing it’s a prototype powered by a petrol combustion engine, Porsche slapped on a pair of fake exhaust tips. 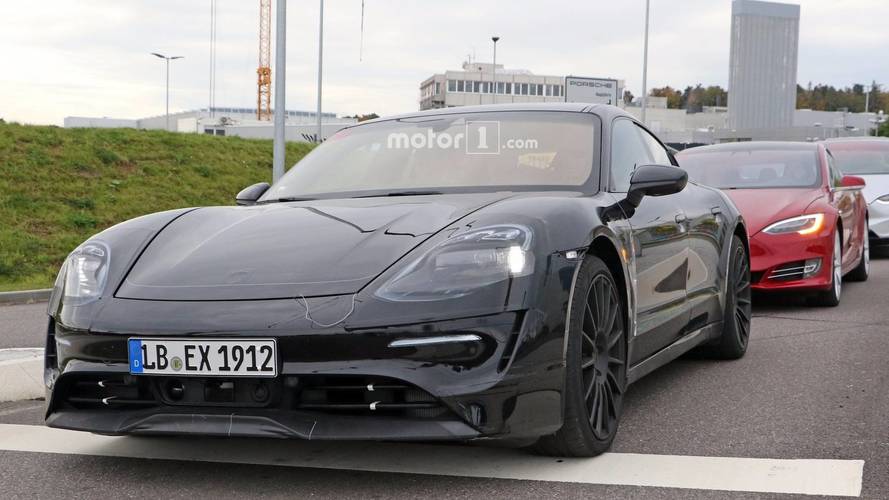 Overall, it seems Porsche will indeed live up to the promise made last year about the road-going model retaining most of the concept’s appearance by saying the exterior 'will be very similar'. Company CEO Oliver Blume said that carrying over the suicide doors would be a 'hard problem', but the engineers are working on something 'very close'. This test car seems to have a conventional setup, unless the additional disguise on the C-pillars is hiding a secret.

Not only will it have just about the same styling, but it will also feature similar technical specifications as the concept before it. That means its battery pack will have enough juice for up to 310 miles in the New European Driving Cycle (NEDC) and will feature the Porsche Turbo Charging system able to recharge the battery to 80 percent in a matter of minutes using a quick charger. 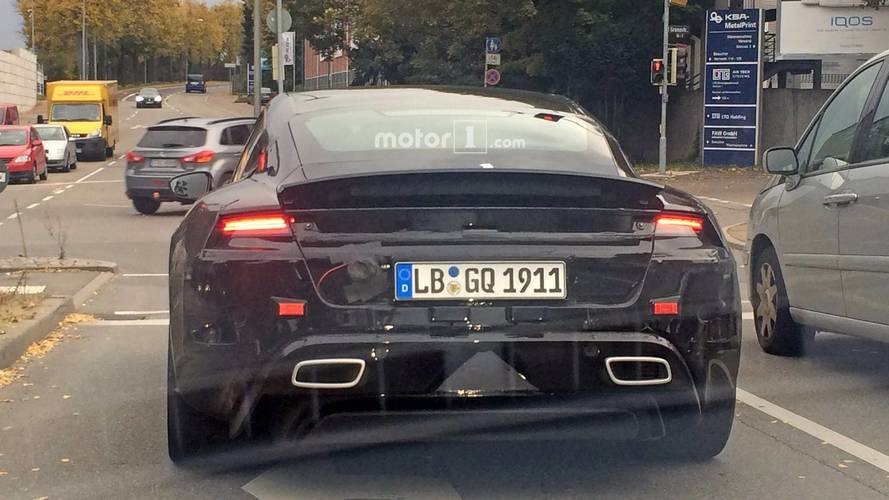 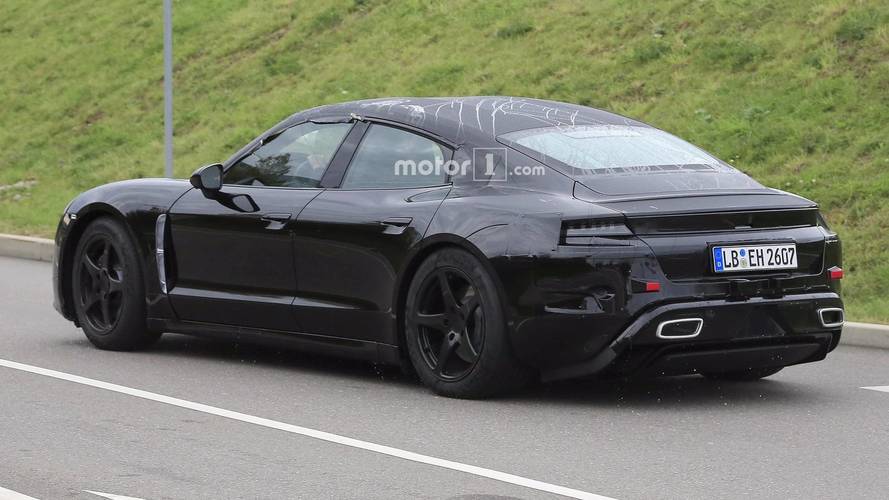 Codenamed 'J1', the road-ready Mission E is slated to have roughly the same 600bhp-plus coming from a pair of electric motors in the same vein as the concept, which needed 3.5 seconds to complete the 0-62mph run. There will be more than just version of the Mission E as several power outputs are being planned, along with over-the-air updates like Tesla is providing for its EVs. Some of these updates could come bundled with an increase in power, according to Oliver Blume.

The cheapest Mission E money will buy is going to cost around £65,000 once the zero-emission saloon goes on sale in late 2019. Further down the line, it could be joined by other body styles if the saloon proves to be a success.

To make it all happen, Porsche is spending a whopping £900m and is creating more than 1,000 jobs.