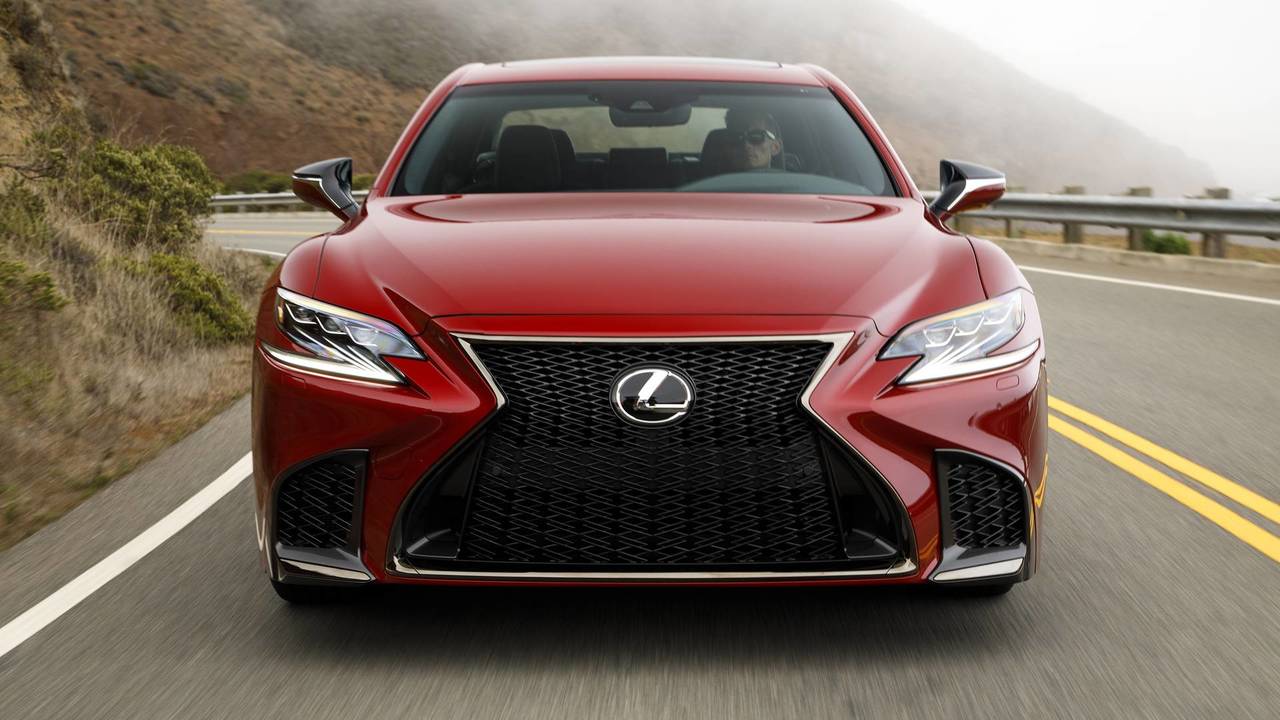 Rumour has it a high-performance F version will also make an appearance.

Lexus is set to reveal its new 2018 LS luxury saloon at the Tokyo Motor Show, with rumours circulating that a 4-litre V8-powered F model could head up the range.

The Japanese manufacturer has revealed little official information about the car, but the image above shows a sportier, more streamlined design.

However, a more revealing image that surfaced online last month appears to show a high-performance version of the LS.

Instagram user JZS International posted the picture, which seems to be from an unnamed Japanese magazine, with a caption suggesting that the car could boast a twin-turbocharged V8.

Lexus currently uses a 5-litre normally aspirated V8 in the RC F coupe, but this rumour implies that the company could follow the industry trend of downsizing and turbocharging.

When Motor1 UK contacted Lexus for comment, a spokesperson could not confirm or deny the rumours, saying there was no official word ‘at all’ on whether an F variant of the LS would be built.

Lexus is staying equally quiet about a secretive new concept car that will also be revealed in Tokyo. The company will say nothing about the vehicle’s shape, size or design, but it has confirmed that the car will be unveiled alongside the LS on 25 October and take pride of place on the Tokyo show stand when the doors open to the public on 28 October.

The company is more forthcoming about the new NX and CT models, however. Although no technical details have been released, official images reveal that both cars will boast bolder front grilles and redesigned light clusters, while hybrid power continues to feature prominently in the respective ranges.