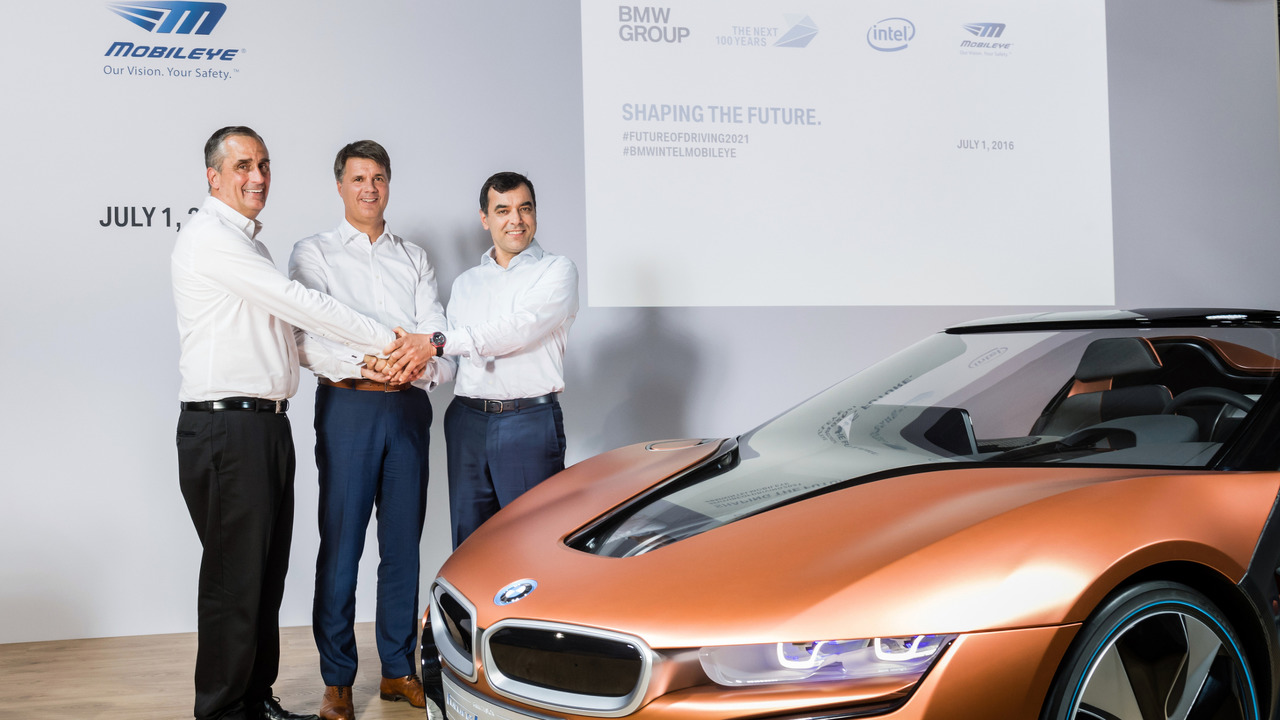 Fiat and BMW have signed up as part of a group of tech firms that have committed to working together to develop a platform for self-driving cars that can be adapted to different levels of autonomous technology.

Fiat Chrysler and the BMW Group are now working with Intel and Mobileye on fleets of test vehicles to put some of what they've developed together into action.

The alliance says it aims to develop a 'world-leading, state-of-the-art autonomous driving platform' that will allow the companies to benefit from each other's capabilities and resources.

Some car makers have said that they expect self-driving technology to be widespread on the road by 2025.

BMW, Intel and Mobileye joined forces to develop self-driving vehicles back in July 2016, and since then they have been developing a platform capable of being used by multiple manufacturers worldwide.

'We welcome FCA’s contributions and use of the cooperation’s platform, which has made substantial progress over the last year and is rapidly entering the testing and execution phase,' said Professor Amnon Shashua, CEO of Mobileye.

The Society of Automotive Engineers lists six levels of automation from 0 (no automation) to 5 (full automation). Level 5 autonomous cars do not need a steering wheel to operate – the proposed platform will be developed to work with a range of levels of autonomous technology from Level 3 to Level 4/5.

The group is set to deploy 40 autonomous test vehicles on the road by the end of 2017, building on information gained from Mobileye's fleet of 100 Level 4 test cars.