Limited-edition Transit is a racy van with bucket seats

We're suckers for a WRC-inspired van, especially when it's a tarted-up Ford Transit.

Your delivery packages will definitely be on time from now on as MS-RT is spicing up the Ford Transit van by giving it the 'R-Spec' treatment, bundling upgrades on all fronts.

The company behind the project has two decades' worth of rally experience and it has now decided to infuse some of its WRC magic into a limited edition of the Blue Oval’s workhorse van to mark M-Sport World Rally Team’s successful season.

Based on the existing MS-RT Transit Custom, the new special edition features a beefier set of brakes with braided hoses in blue or yellow. It also gets custom engine hoses for the 2-litre turbodiesel engine, along with a new exhaust box and an aggressive body featuring a model-exclusive front diffuser.

The look-at-me vibe is enhanced by the graphics pack and a set of extra lights incorporated into the front grille. As a final touch, the optional black 20-inch OZ Racing wheels further contribute to the van’s special appearance. 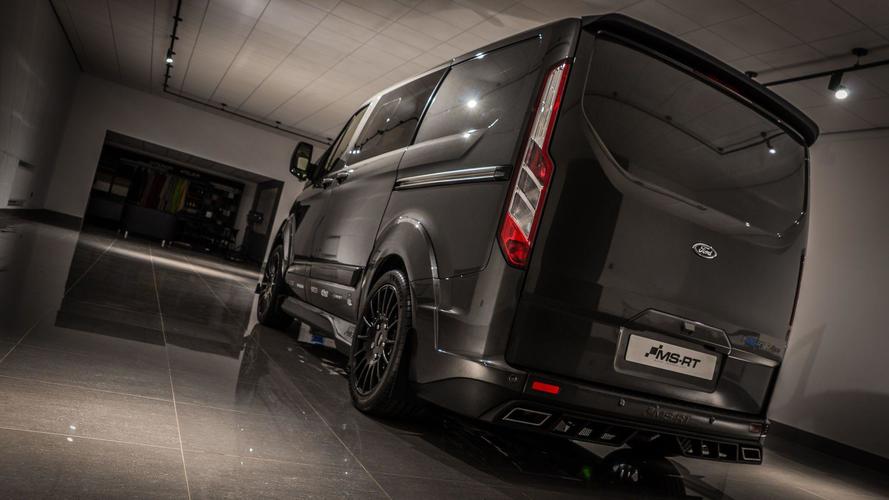 Only 50 units will ever be made and all of them are going to share the pair of body-hugging Recaro bucket front seats fitted with blue seatbelts also installed for the rear seats to match the stitching applied on the steering wheel and gearstick.

The MS-RT Transit Custom in its standard configuration already has a healthy 168bhp and 299lb ft of diesel punch, but the R-Spec dials the output to 205bhp and a torquetastic 358lb ft.

The UK company is currently taking orders for its racy van and is asking £35,995 (plus VAT). You will have to fork out an additional £500 if you want the wheels pictured here or you can stick with the standard, smaller 18-inch set you get on the regular version. To sweeten the deal, MS-RT will also throw in a custom sports exhaust system to better play the engine’s diesel song.