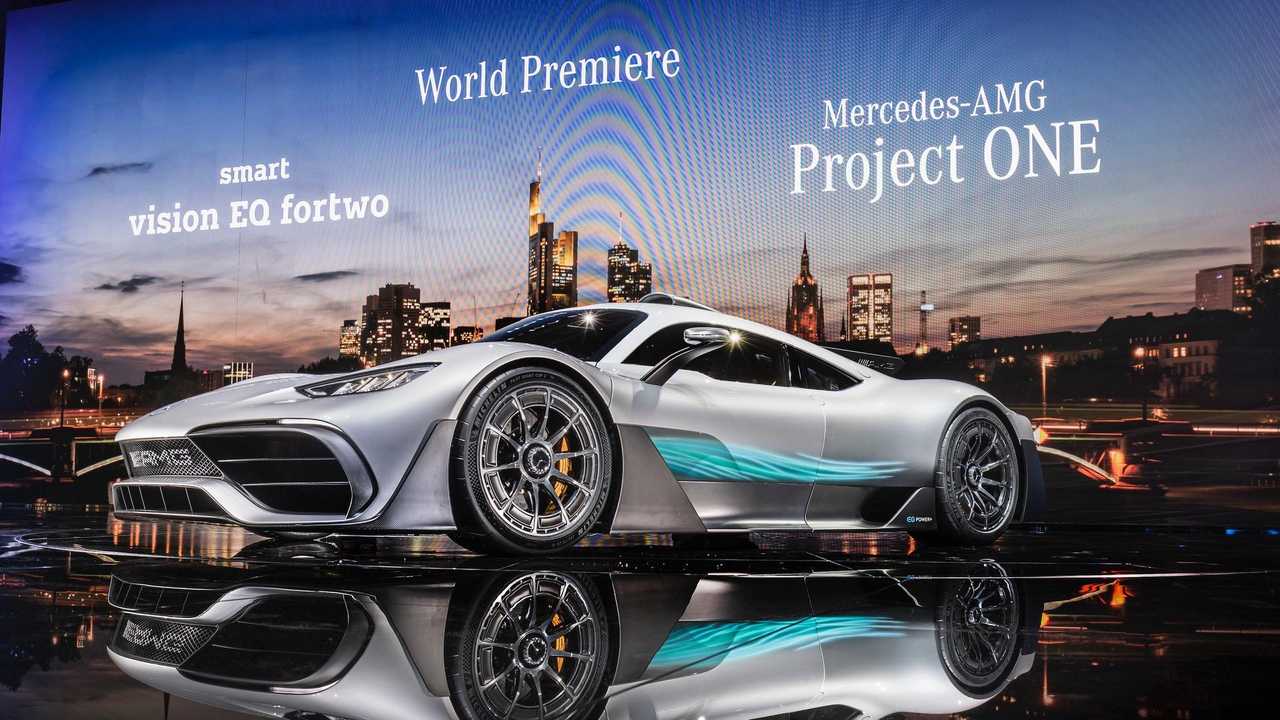 Mercedes-AMG's new hybrid hypercar could be assembled in the UK at the company's F1 facility.

Mercedes-AMG's new Formula 1-derived Hypercar, the Project One, could be built alongside the company's championship-winning F1 cars in the UK.

Reports suggest that the 217mph hybrid could be assembled in Brackley, where Mercedes F1 cars have been built since the company returned to the top tier of racing in 2010.

Much of the car, including its body, chassis and suspension are already set to be built in the UK.

The engine, a 1.6-litre V6 featuring the same block and energy recovery technology as the power units that took Lewis Hamilton and Nico Rosberg to three straight titles for the German manufacturer, will also be built in the UK at Mercedes-AMG High Performance Powertrains in Brixworth.

The Project One, which was unveiled in final concept form at the Frankfurt Motor Show last month, will be limited to just 275 units each costing approximately £2 million. All have already been spoken for, with Mercedes receiving four times as many enquiries than the number of cars available, a first for the company. Production is set to begin in 2019 and extend into 2020.

The Project One is the second F1-derived hypercar to be revealed this year with Red Bull and Aston Martin working together on the new Valkyrie. However, unlike the Mercedes, the Adrian Newey-designed Valkyrie will feature a normally aspirated V12 developed by Cosworth.