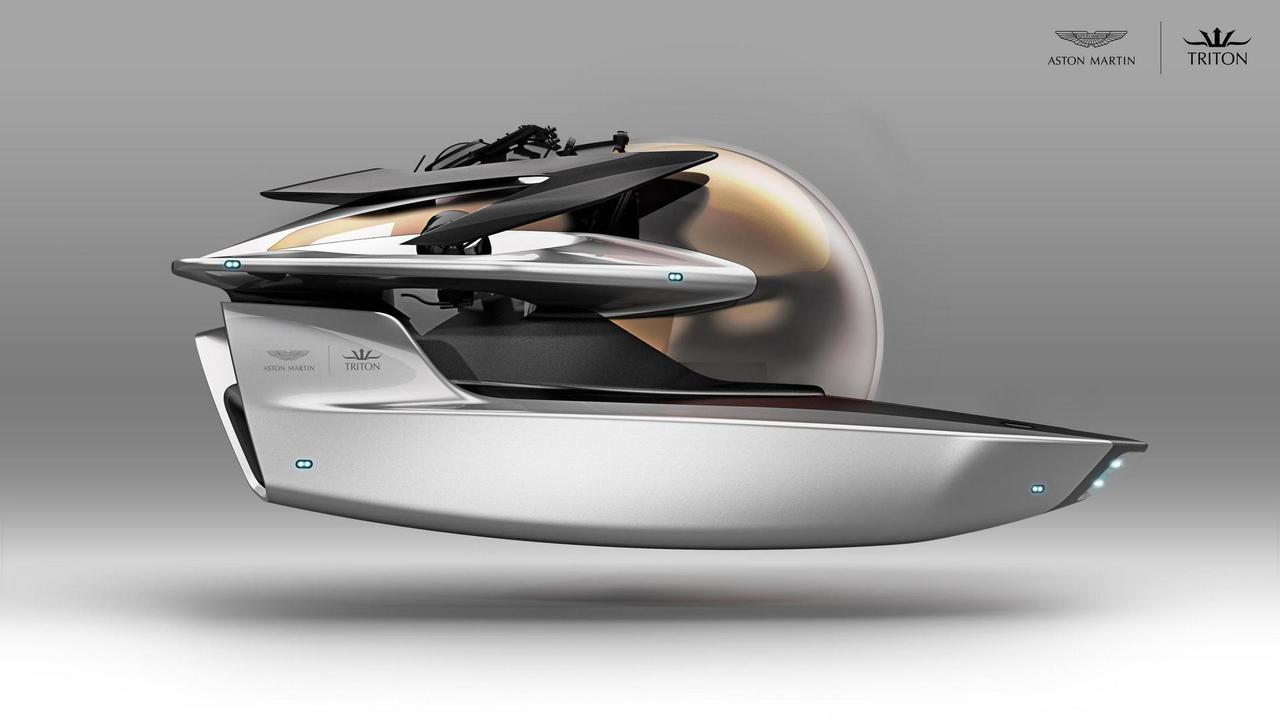 No, really, Aston Martin has revealed a new submarine. It sinks and everything.

The project – codenamed Project Neptune – is the first from new spin-off company Aston Martin Consulting, which for a fat fee will stick the Aston Martin grille on anything you like. There’s also some considerable engineering expertise, but they'll throw that in for free.

The submersible has been put together in collaborating with Trident Submarines, a Florida-based firm which builds the underwater craft for researchers, explorers and superyacht owners.

The three-person craft has been designed initially as a concept model, but will shortly be available – for the cool sum of around £4m – as a limited run for those Aston owners who bought the Cygnet and need another trinket for the collection.

The sub is electric-powered, with a 30kWh battery pack that will last for 12 hours. The four-ton craft even has air conditioning and will descend to 500 metres. With a top speed of 4mph it's certainly the slowest thing that Aston Martin has launched in recent years.

Previous Aston Martin projects include the recent AM37 powerboat and a proposal for the new London bus designed in conjunction with famed Gherkin architect Norman Foster.