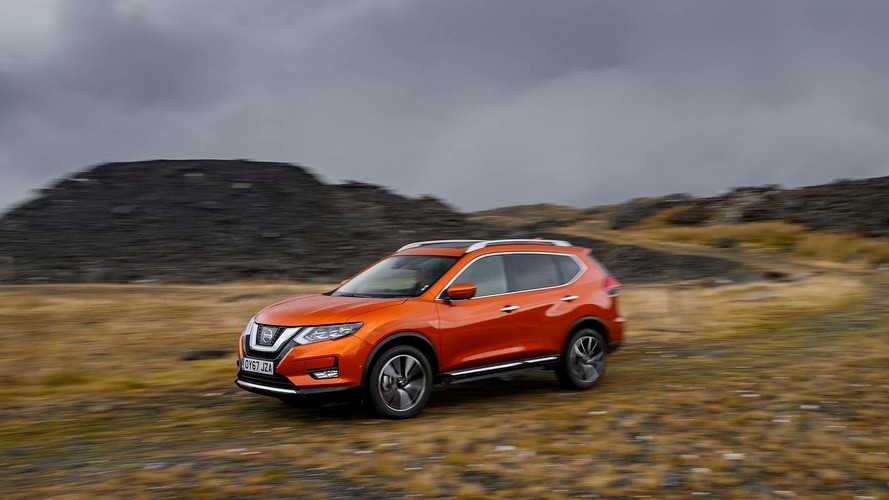 It's the best-selling SUV in the world, you know.

You’re perhaps not aware that the Nissan X-Trail is currently the best-selling SUV in the world, but Nissan is – which is why it’s given the 2018 model series a thorough update to ensure it remains a chart-topper.

On sale in the UK now, with prices starting from £23,385, the 2018 X-Trail has been given a bona fide facelift: following the lead of the Nissan Qashqai, the grille now boasts a more defined ‘V-motion’ look, while the front bumper packs in more body-colour detailing and the headlights have a revised daytime running light signature. Full LED lights are standard on Tekna grade, and Nissan’s reshaped the front fog lamps from round to rectangular.

Detail spotters will also note the front parking sensors are now flush-fitted, rather than sitting proud of the bumper surface. At the rear, there’s a new full LED lamp signature and, at the side, a chrome strip on the base of the doors for upper-grade versions. Nissan’s offering four new colours as well: Monarch Orange (pictured here), Palatial Ruby, Sapphire Blue and Picador Brown.

Inside, a quality uplift is headlined by a new D-shaped steering wheel that, smaller but chunkier and improves the view of the instruments. Cabin material quality has been improved, there’s a revised central armrest, gloss black air vents and fancy leather knee pads on the sides of the dash. Both heated front and middle row seats are offered as well – only the third row of seats in the seven-seat X-Trail are unheated.

Rather impressively, Nissan’s made the boot bigger: it’s up from 550 litres to 565 litres thanks to better packaging, and there’s now an electric tailgate option to make things easier.

Nissan will also in time offer ProPilot autonomous assist tech on the X-Trail. Within a single lane, this can take over steering, acceleration and braking during heavy traffic, easing the load on the driver. It’s the first stage in a more widespread roll-out of Nissan ProPilot autonomous drive technology.

One thing that hasn’t changed in the new X-Trail is its range of engines: the 1.6-litre dCi 130 continues to be the core of the range, with a punchier 2.0-litre dCi 177 for those who need to tow or maximise the X-Trail’s optional all-wheel drive running gear, and a 1.6-litre turbo petrol for those who are worried about emissions.

Nissan is also offering a ‘Paw Pack’ on the new X-Trail: a package comprising a dog guard, ramp, dog bed, non-spill water bowl, boot liner and an accessory holdall to pack it all into. Because Brits love dogs even more than the world loves the Nissan X-Trail.