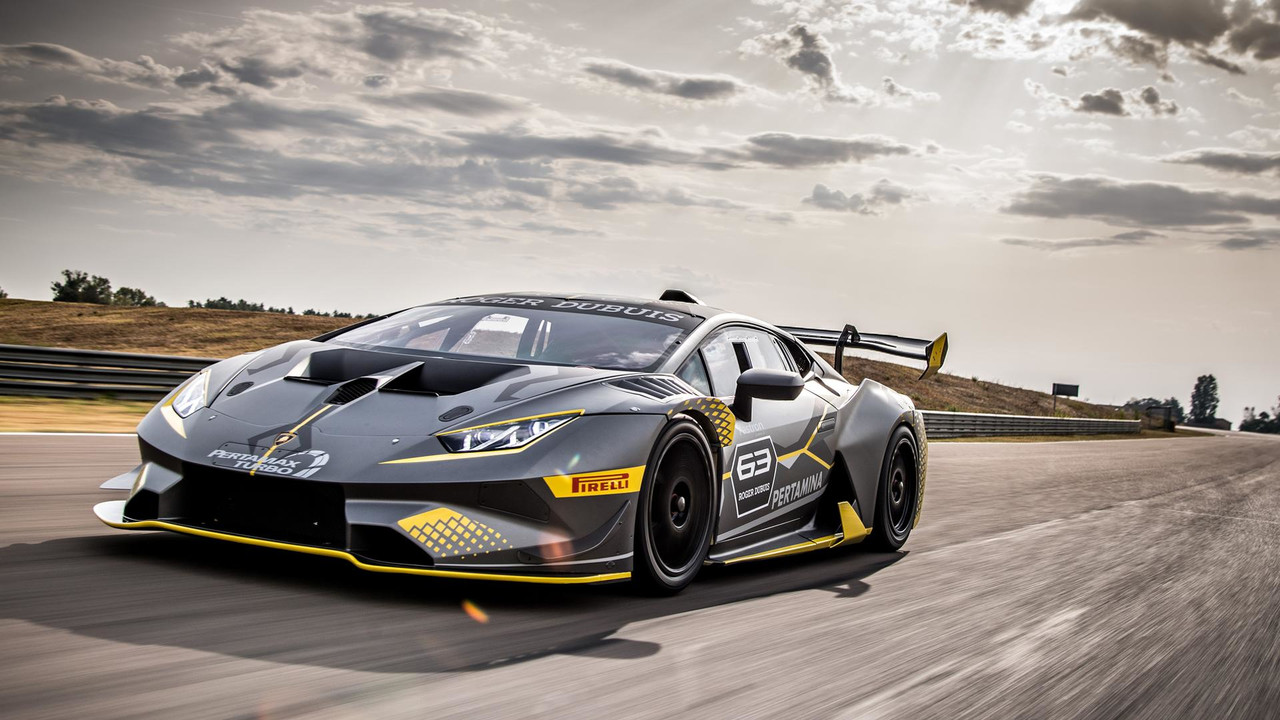 The raging bull is all set to go racing.

Lamborghini has revealed its new Huracan-based race car ahead of the 2018 Super Trofeo single-make race series.

The track-only Huracan Super Trofeo EVO uses the same 5.2-litre V10 engine as the standard road-going Huracan, but ups the power to 612bhp. This power is sent to the rear wheels via a British-built X-Trac six-speed sequential gearbox.

Other modifications include a new exhaust system, a power steering pump that provides more steering feedback and adjustable traction control and ABS systems.

For the 2018 race series, which kicks off in the spring, the car has been given an all-new aerodynamic package, which is designed to offer the same downforce as the previous-generation car while also reducing drag.

The most obvious change is the addition of a new fin on the rear hood, which improves stability in fast corners and reduces oversteer.

Further forward, there’s a roof-mounted airscoop, which provides 'dynamic supercharging' for the naturally aspirated engine. By effectively ramming more air into the cylinders at high speed, the scoop provides a three per cent improvement in torque at the car’s electronically limited top speed of 174mph.

Because of the additional cooling effect of airscoop, Lamborghini has also been able to remove the 2017 car’s side air vents, cleaning up the rear section of the car and improving air flow.

Teamed with the new front and rear bumpers, as well as the lightly modified rear wing, the Super Trofeo Evo now has eight percent less air resistance, which makes it 1.5 seconds faster around the notoriously high-speed Monza circuit.

Each car costs £207,900 plus tax, although teams running the existing Huracan Super Trofeo will be given the opportunity to upgrade their cars to the 2018 Evo specification by purchasing a Lamborghini-supplied kit.