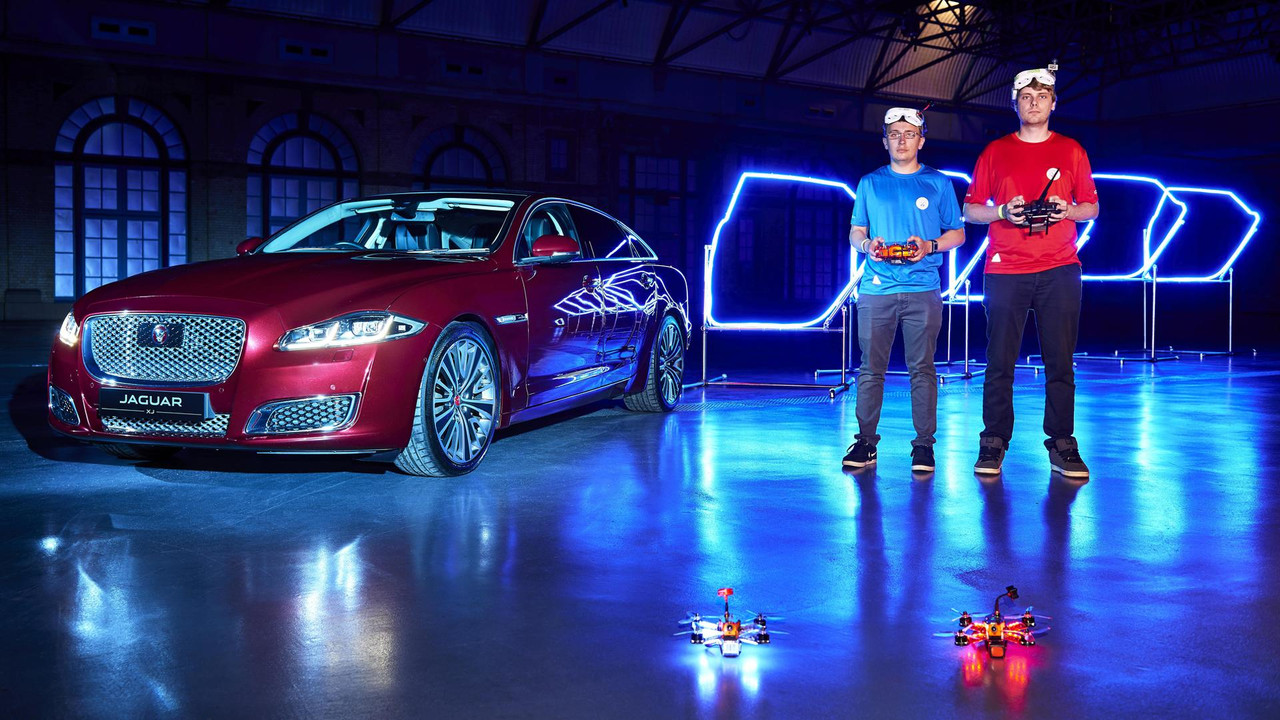 Professional drone racers flew their high-speed machines through the cabins of three cars and 13 gates, each of which was shaped like an XJ’s rear door and lit to mimic the XJ’s interior mood lighting.

With the pilots seated in the back of an XJR575 and wearing virtual reality headsets to see where their aircraft were, the two drones took off from the car’s boot, then navigated the short course in around 30 seconds.

The drones achieved up to 60mph in the race, which was staged inside London’s Alexandra Palace.

Victorious pilot Brett Collis landed his drone back in the XJR575’s boot before being driven home in the 567bhp super saloon.

'I’ve been racing drones in competition for years, but this is a first for me. The course was a great test, but despite having to fly through the cabin we were still pushing the drones to their top speeds,' he said.

The race was inspired by a new challenge for Jaguar’s Art of Performance tour, which will allow fans of the British marque to take part in a live (big) cat-and-mouse chase between a drone and a Jaguar on the Smart Cone driving course.

The course, which is available at the Art of Performance tour’s Millbrook and Goodwood locations, uses light-up cones which illuminate at random, setting out a new course at a moment’s notice and providing different routes each time.