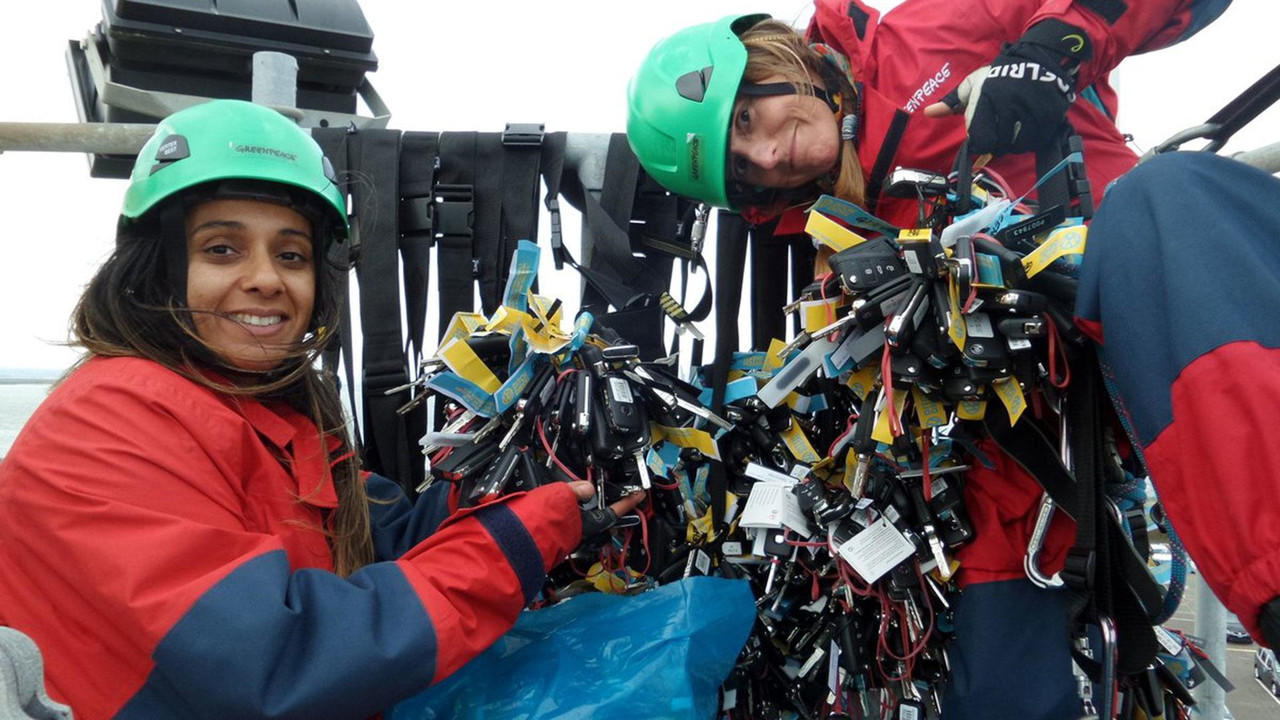 Greenpeace activists are stealing the keys for diesel Volkswagens.

Greenpeace environmentalists angry at Volkswagen for continuing to sell diesel cars after the emissions scandal have boarded a ship transporting new cars at a port in Kent. The protesters say they won’t leave the ship until the manufacturer agrees to return the VWs to Germany.

The stunt has backfired somewhat, however, as the ship contains more petrol Volkswagens than diesels. It’s also said to contain 37 plug-in hybrid models.

While around 25 protesters stormed the ship as it entered the port, more than 40 activists have scaled fences in a bid to steal keys for diesel Volkswagens parked up awaiting delivery to dealerships. They’re also opening bonnets and attaching stickers to diesel engines.

In a statement, a Volkswagen spokesman said: “We are aware of a protest this morning at the Sheerness port in Kent.

“The ship contains a variety of Volkswagen Group vehicles, including petrol, diesel and plug-in hybrid models. The diesel vehicles, which are the subject of the protest, meet strict Euro-6 standards.”

Greenpeace held a small protest outside the Frankfurt Motor Show last week, complaining that manufacturers were continuing to launch petrol and diesel models.

Volkswagen launched a scrappage scheme earlier this month, offering big savings across its range when customers trade in a pre-2010 diesel car. The electric e-Golf is available with a £5,500 scrappage discount in addition to the government’s £4,500 plug-in car grant, making for a headline £10,000 saving.

The manufacturer says it doesn’t expect the protests to affect car deliveries in the UK.