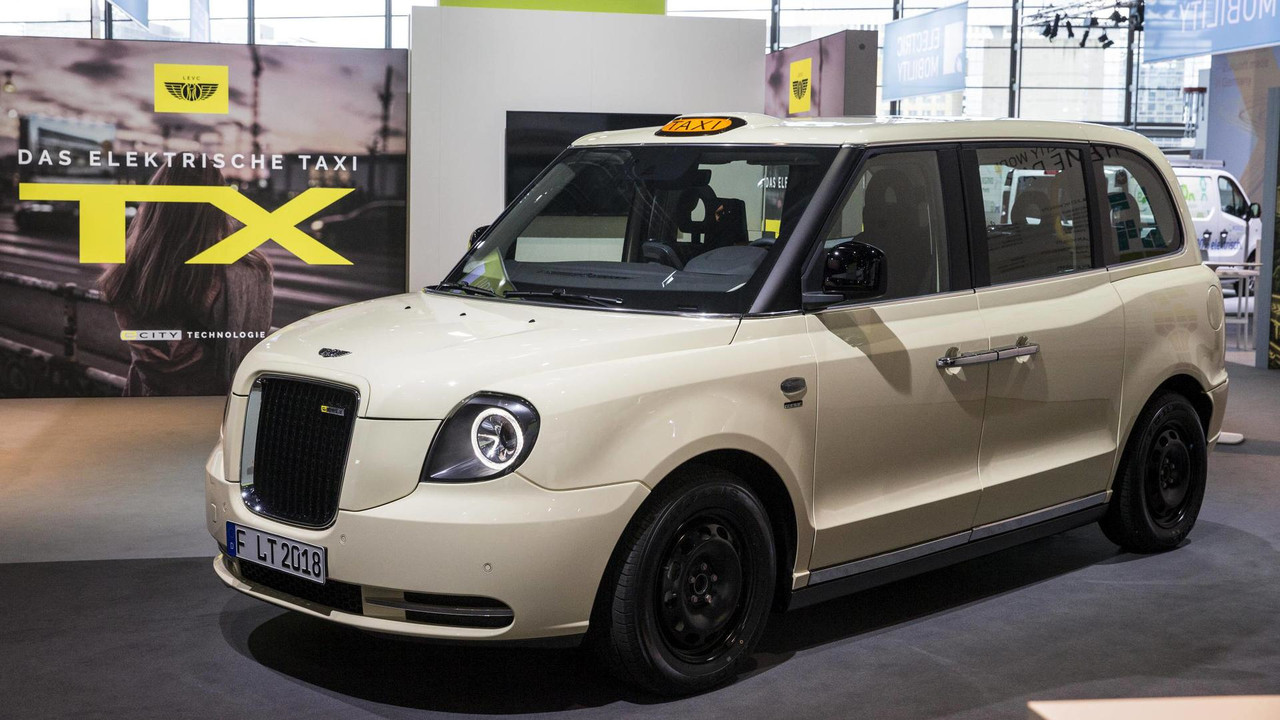 LEVC – the London Electric Vehicles Company, formerly known as LTC – has revealed a final version of its new TX electric cab at the Frankfurt motor show.

The new London cab was finished in the same cream colour as German taxis, in a bid to appeal to the nation’s cab drivers with the new car that can run for 80 miles on electric power alone.

The new taxi uses what LEVC calls its eCity technology, with a 1.3-litre range-extending petrol engine and lithium-ion batteries, which means a total range of over 400 miles between charges and petrol station stops. A variety of driving modes are designed to help taxi drivers maximise the potential range of the car.

More than 300 taxi-specific charging stations are being installed in London before the end of 2018 as new rules have been introduced that mandate all new taxis should be able to run for at least 80 miles using zero emissions.

A prototype version of the taxi ran at the recent Goodwood Festival of Speed, but the interior was still in the testing spec that the cars have been in during endurance trials around the world. Frankfurt is the first time that the interior has been revealed to the public, and although there was little fanfare, the new car is certainly a step up in terms of practicality and quality.

LEVC promises that the car has been built around the driver, with bespoke storage in the cabin up front, as well as a large touchscreen in the centre of the dashboard to control the car’s functions. The driver’s seat and steering wheel are also fully adjustable, which isn’t something that has been taken for granted in recent models of the black taxi cab.

Safety-wise, the new TX features Isofix points in the back as well as Autonomous Emergency Braking and Lane Departure and Forward Collision Warning systems.

The new taxi will cost from £55,599 on the road, or can be leased for £177 per week over five years. LEVC says it will guarantee the batteries for the life of the vehicle.