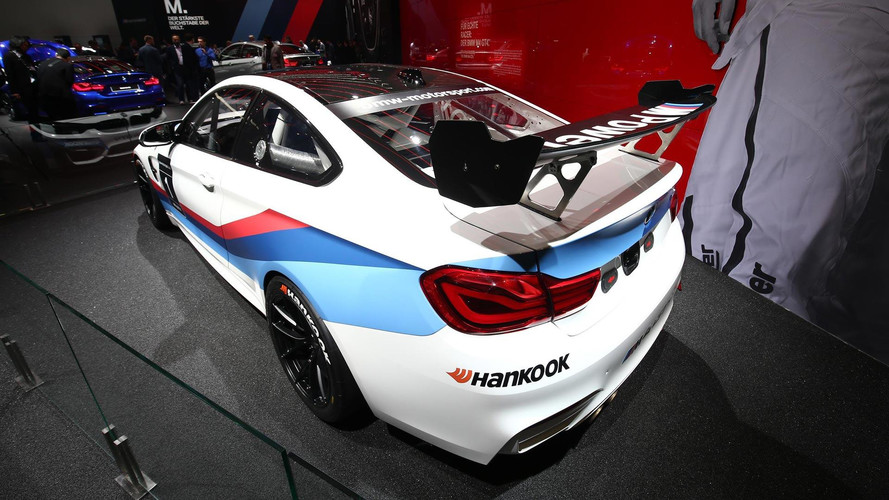 If looks made you go quicker, the M8's already on pole position.

BMW has officially launched its new M8 GTE racer, which it will enter in the 2018 World Endurance Championship.

The car will drive in the GTE Pro division of the FIA series, which recently lost Porsche to Formula E. A number of high-profile manufacturers have quit conventional racing series for the electric Formula E championship in recent months – the new M8 GTE will certainly reassure organisers.

BMW revealed its new car at the Frankfurt motor show, and it will make its racing debut at the Daytona 24 Hours race in January.

BMW Motorsport director Jens Marquardt said: 'With the BMW M8 GTE, we are bringing cutting-edge technology to the top international class of GT racing, while at the same time tying in with our tradition at Le Mans. The development of the BMW M8 GTE is on schedule, and we can hardly wait to see the car challenging for victories in 2018.'

The car has already been spotted in testing in July, with drivers Martin Tomczyk and Maxime Martin shared driving duties during initial testing at Lausitz. Other drivers were also spotted in the car in Barcelona in August, but BMW has yet to confirm who will be driving the car when the season starts in January.