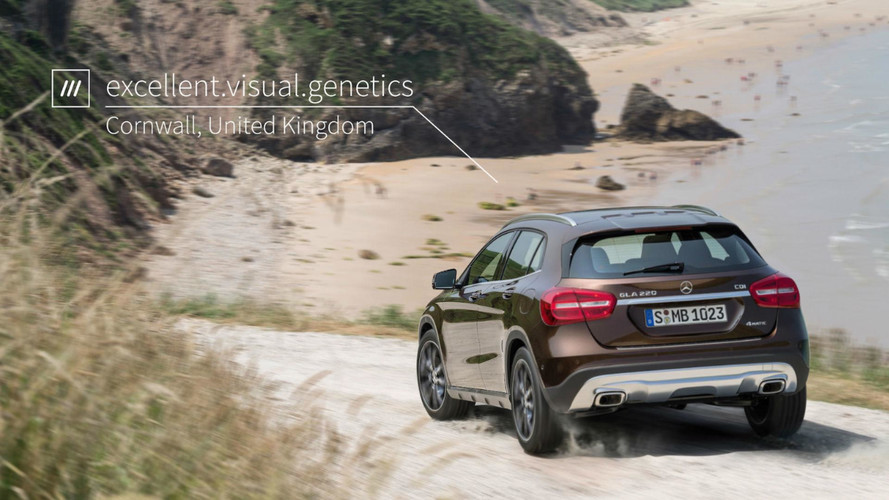 Shouting random words at your car’s infotainment system will actually get you somewhere.

Forget complicated GPS coordinates, map references or even postcodes: the future, Mercedes-Benz reckons, is in three simple words. Geocoding system What3words has divided the entire planet into 57 trillion three-by-three metre squares – and you’ll soon be able to use these to navigate in a new Mercedes-Benz.

Sound complicated? It isn’t, really. Each three-by-three metre square has been allocated three words as random: e.g. elephant.ketchup.anthem or song.irritate.player. When it’s introduced to Mercedes-Benz sat-navs, you’ll be able to enter the three words for a certain square and create a route to that destination.

It’s more accurate than postcodes, apparently, and it’s easier to remember than GPS coordinates. There’s the added bonus that it’ll take you to anywhere in the world, too. Be careful not to get confused, though, as getting ‘mouse.labs.paths’ confused with ‘mouse.paths.labs’ is the difference between navigating to Hertfordshire or Lancashire.

The other advantages is, it works much better with voice input. Anyone who’s ever tried to input an address via a voice-controlled navigation system will understand this: shouting out three random words is much easier than reading out a full address and postcode while in the car.

“Traditional street addresses just were not built for voice input,” said What3words CEO, Chris Sheldrick. “15 Ammanford Road and 50 Ammanford Road are hard for a voice system to distinguish between, and many house names and road names aren’t unique. There are 14 different Church Roads in London, and 632 Juarez streets in Mexico City. Street addresses also use thousands of non-dictionary words, the pronunciation of which can be near impossible to guess.

“The town of Godmanchester, is actually pronounced ‘Gumster’. Mercedes-Benz is known for innovation, so it’s no surprise to us that it is the first automotive company to integrate our system into their vehicles.”

The partnership between Mercedes-Benz and What3words was announced at least week’s Frankfurt Motor Show. Production models will feature the geocoding system as part of their infotainment from next year.