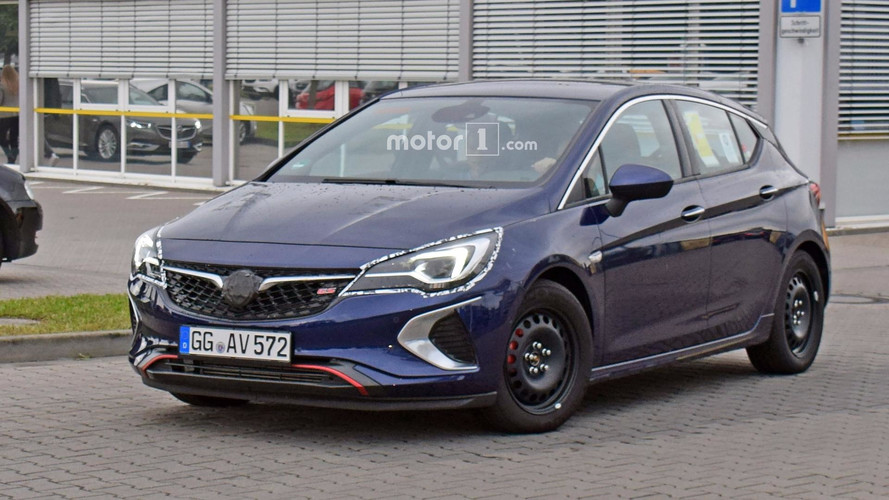 Next year's hot Astra will definitely get bigger wheels than these tiny steel efforts.

After a long hiatus, the GSi badge is finally back in business on the Vauxhall Insignia, and now the company is getting ready to give the Astra hatchback a similar performance treatment.

Caught on camera with barely any camouflage on it, the near-production prototype has the familiar sporty bits seen on the Insignias, including the red accents and beefy front air vents featuring silver surroundings.

The back of the car shows off a pair of exhaust tips in line with those of the Insignia GSi, but for some reason, the hot hatch was riding on small steel wheels. It goes without saying the final model will receive large alloy wheels, likely measuring 18 inches to go along with those chunky Brembo brakes featuring red calipers.

It will be interesting to see what will power the Astra GSi, but expect output to stand at well over the 197bhp delivered by the turbocharged 1.6-litre petrol engine on the standard model. The Insignia GSi variants have a larger 2-litre engine that produces 260bhp, but it seems unlikely the smaller car will be able to match that. Our money is on an upgraded variant of the 1.6 with somewhere in the region of 230bhp. Another plausible scenario would be to detune the bigger engine.

Let’s also keep in mind Vauxhall has a new twin-turbo 2-litre diesel engine good for 207bhp and 354lb ft torque in the performance Insignias, though it’s too early to know whether it will find its way inside the Astra GSi’s engine bay to fight the VW Golf GTD and the diesel Focus ST.

We can expect to see the new performance Astra at the Geneva motor show in March 2018.