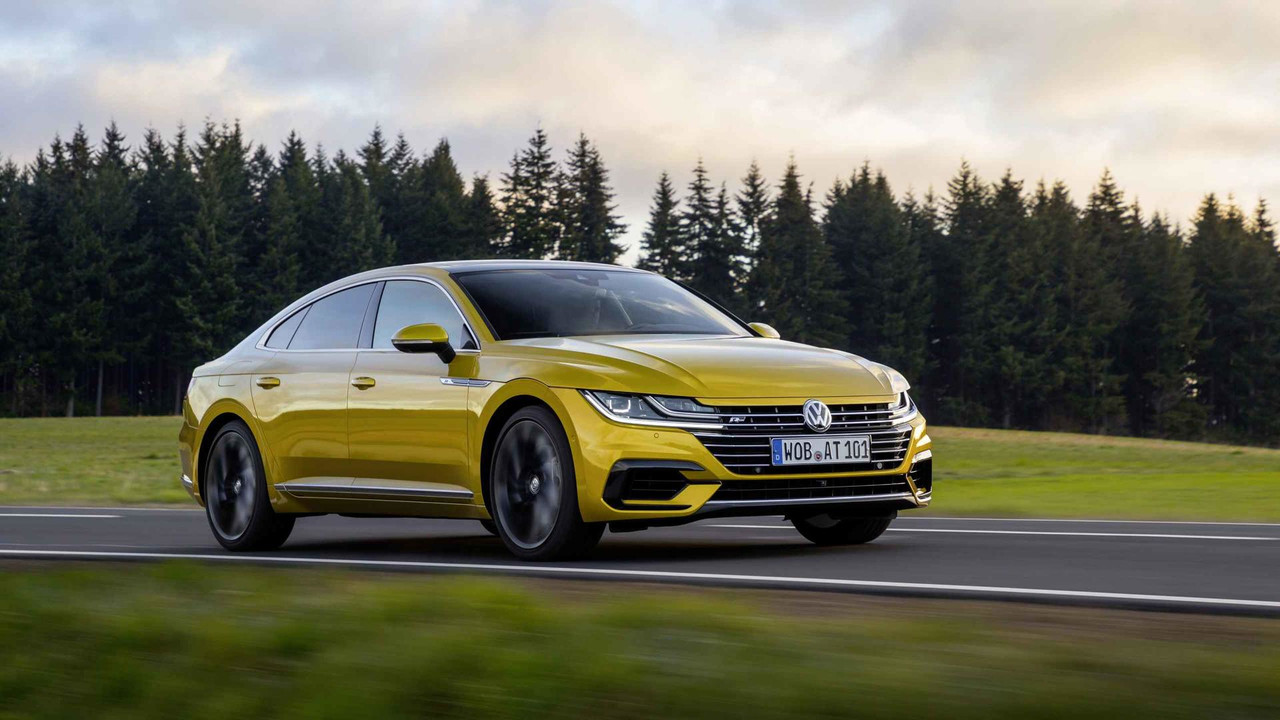 It's definitely not a replacement for the CC, says VW.

The Volkswagen Arteon is not a direct replacement for the old Passat-derived CC, but a genuine passenger car range-topper in its own right, say the company's UK bosses.

Car buyers should not think of the Arteon as a replacement for the CC, but as a standalone flagship for the firm’s UK passenger car range, execs at the firm have said.

With overall length a substantial 95mm up on the Passat, with a 120mm longer wheelbase, Volkswagen says the Arteon offers best-in-class rear legroom and a massive 563-litre hatchback boot – all helping it sit above the large saloon norm.

VW’s aspiration to take the Passat upmarket intends to fill the gap at the top of the passenger car segment, following the phase-out of the old Phaeton. It’s rumoured the VW luxury car may be replaced by an all-electric model, but this wouldn’t arrive until at least 2020.

Unlike the CC, which was a stylish Passat four-door coupe alternative (indeed, it was actually called ‘Passat CC’ for half its life), the Arteon is being marketed from the outset as an upper-end contender – a car competing with the Mercedes-Benz C-Class, BMW 3 Series and Jaguar XE, states the firm (not to mention the Audi A4 and A5 Sportback…).

So why would you pick an Arteon instead of a premium alternative? A hefty haul of standard equipment, that’s why: Volkswagen is selling the Arteon only as an Elegance or R Line, with all versions coming with hated Nappa leather seats, adaptive cruise control, 8-inch Discover Navigation, TFT instruments and three-zone climate control. Executive-level equipment, in other words.

The Arteon is now available in UK dealers, in 2.0-litre petrol and diesel guise; later in the year, a 1.5-litre TSI petrol arrives, which should take the entry-level price down nearer to £30,000.