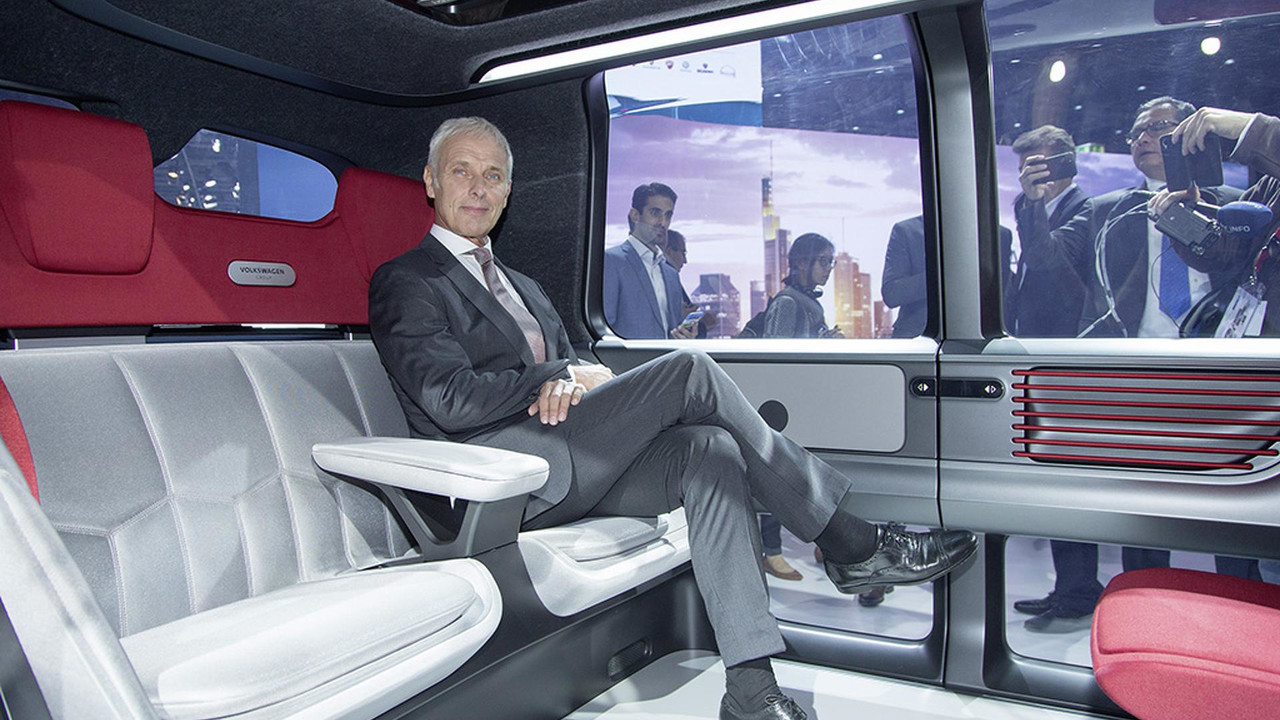 Restrained hubris was the order of the day in Frankfurt this year.

It was a strange Frankfurt motor show in 2017 – they’re always pretty strange, what with the German brands indulging in all-out oneupmanship. Frankfurt is neutral ground, you see, the one major city in the country that doesn’t have a car company nearby. That means a struggle to claim the ground each time the motor show rolls by.

None of the freestanding citadels were in action this year, the bespoke buildings that the Germans put up for extra points – the new car market in Germany isn’t what it once was, and putting your cars inside an actual hall is the Frankfurt version of a staycation. Still, while they can’t be seen to be too ostentatious, they do need to show off a little bit.

In 2017 a supposedly contrite Volkswagen would have to turn it down a notch or two from 11, allowing Mercedes and BMW free reign to take over entire halls, pour in cars and put up colossal screens paying tribute to their respective greatness.

BMW even managed to squeeze in a little test track into Hall 11, performance models parping round in perpetual motion. Audi did have a little test track going at the last Frankfurt show, but you have to imagine they’re a bit more worried about the fumes these days.

Let us go back to Monday night – it’s Frankfurt Eve, and the car companies’ little helpers are putting the final buff on tomorrow’s stands. Hall 3 is abuzz, though, for Volkswagen’s traditional pre-Frankfurt press conference. Usually it takes place in a venue more theatrical, new products emerging out of dry ice to rapturous applause, but this is a company with its tailpipe between its legs. The same Volkswagen that has been criticised by other manufacturers for making their legislative lives more difficult.

VW chairman Matthias Müller arrives on the makeshift stage in the centre of the hall inside Sedric, the company’s autonomous concept car, waving down a video camera like a fighter arriving for his latest bout. He springs out and launches into an excitable speech about seizing the day and rolling with the punches. The industry might be in turmoil, but it’s an exciting opportunity to embrace change, he explains, forgetting that his lot are the ones who caused it all.

Volkswagen is going to electrify its whole range by 2030, he announces breathlessly, someone from the communications department hiding nervously round the corner with a wodge of printouts of everyone else doing it from 2020.

We’re going to shape the future, he declares in the middle of an announcement about all the dozens of new electric models coming soon – we’re going to lead the way, he says. Whatever the situation the worldwide car industry finds itself in, someone might as well make some money from it. He doesn’t say that, of course, but it’s implicit.

Electric cars are everywhere at the 2017 Frankfurt show – many of them far-off concepts, as if everyone has been forced to juggle their plans. Lots of mention of 2021, which is really the earliest point you could cobble together a new low-emission car if diesel suddenly turns out to be a dead end.

The concept cars are a bit muted – hints at the promise of something that may yet come to pass. BMW encapsulates the phenomenon nicely – its concept cars look like little cardboard models where you fold and stick tab A to tab B and the whole thing collapses after 20 minutes on the table. You imagine the engineers hiding nervously backstage with emergency gaffer tape as journalists attempt to prod and press, held back by security guards.

Excitingly, though, Honda’s Urban EV Concept is coming along as a production car in 2019. Its cute face and quiet optimism win the show, an antidote to the misery elsewhere. Matthias Müller is going to shape the future and stare it down, Honda would just be happy if it looks cute.

Break out of the hermetically sealed environment of the show ground and you could see 10 Aston Martins tooling around central Frankfurt, dressed up in the colours of the British flag. You could appreciate the logic – not quite up to booking a stand, so they’d get some cheeky publicity for the plucky British underdog by sending over some sports cars to grab people’s attention.

What it looked like in practice was a glimpse of things to come – team UK driving round in circles on the outside of where the action really is.

Still, this is Frankfurt and no-one’s to be upstaged by anything jazzed up in red, white and blue. Hitchhike round the humongous Volkswagen, BMW and Mercedes stands and it’s hard not to be impressed by the sheer size of their ranges. You can take your Chinese manufacturers, electric start-ups, premium Japanese brands and whoever else might want to have a go if they think they’re hard enough. These halls belong to the Germans.