Lightweight New Suzuki Swift Sport 'Taken To The Next Level' 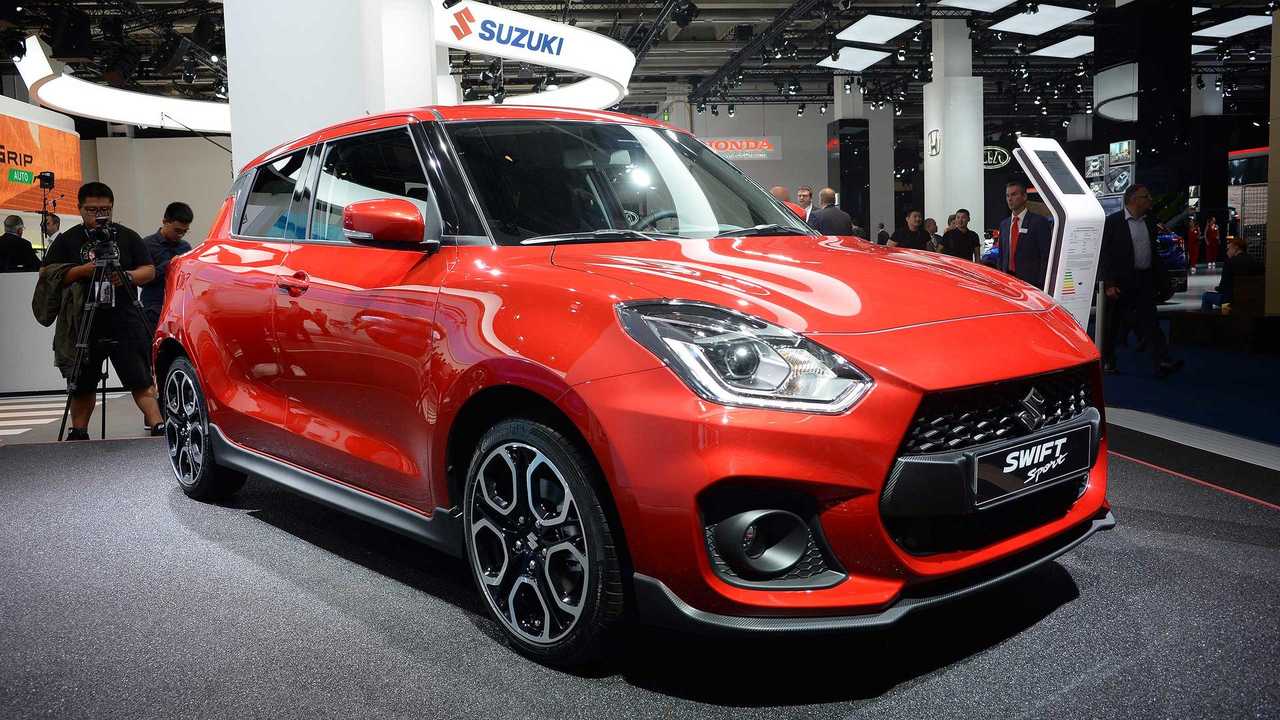 Suzuki believes it has turned the Swift Sport into a genuine hot hatch and is confident the new 2018 car will account for a significantly higher proportion of UK Swift volumes when it rolls out next year, a spokesman told Motor1 at the 2017 Frankfurt motor show.

More torque means more vibrancy and less need to scream the engine at high revs in order to go quickly: it’s this, combined with further-developed suspension, that leads Suzuki to claim 'genuine hot hatch performance that takes the Swift Sport to the next level'.

Meanwhile, a big reduction in overall weight helps make the car more lithe and agile through corners. It’s now dropped to under the one-tonne mark, down to 970kg – 80kg (or one big adult) less than the old one. Such a low overall mass means Suzuki reckons it’s one of the most competitive hot hatches on sale: others may have more power, but they also weigh a lot more, too…

'We know that our customers value a dynamic driving experience above everything else, so for the third-generation Swift Sport, our development concept was "ultimate driving excitement",' explained Suzuki chief engineer Masao Kobori.

'We’ve made the car lower and wider, and packed it with lightweight technology. It’s lighter, sharper, quicker. It’s more aggressive and emotive, but we’ve also refined the elements that make it practical to use every day. I’m confident that when you drive it, you’re going to go, wow!' Yes, he said 'wow'!

Those drives will come in spring 2018, a UK spokesman later told Motor1. 'It’s likely to go on sale in the UK in June 2018. Because we’re still nine months away, we have no guide price yet: the previous five-door was £14,899, but this one will be more because of the specification uplift and extra technology.' We still expect it to come in at under £16,000, though; the outgoing Ford Fiesta ST five-door, for comparison, started at just under £20,000.

And who’s going to buy this one? 'We will be looking at younger buyers currently driving other sporty models, as well as existing Swift Sport owners, likely to be aged in their early to mid-40s.' The spokesman also revealed that although Swift Sport sales have traditionally accounted for around 10 percent of UK sales, 'we are looking to build on this with the new 2018 car.'