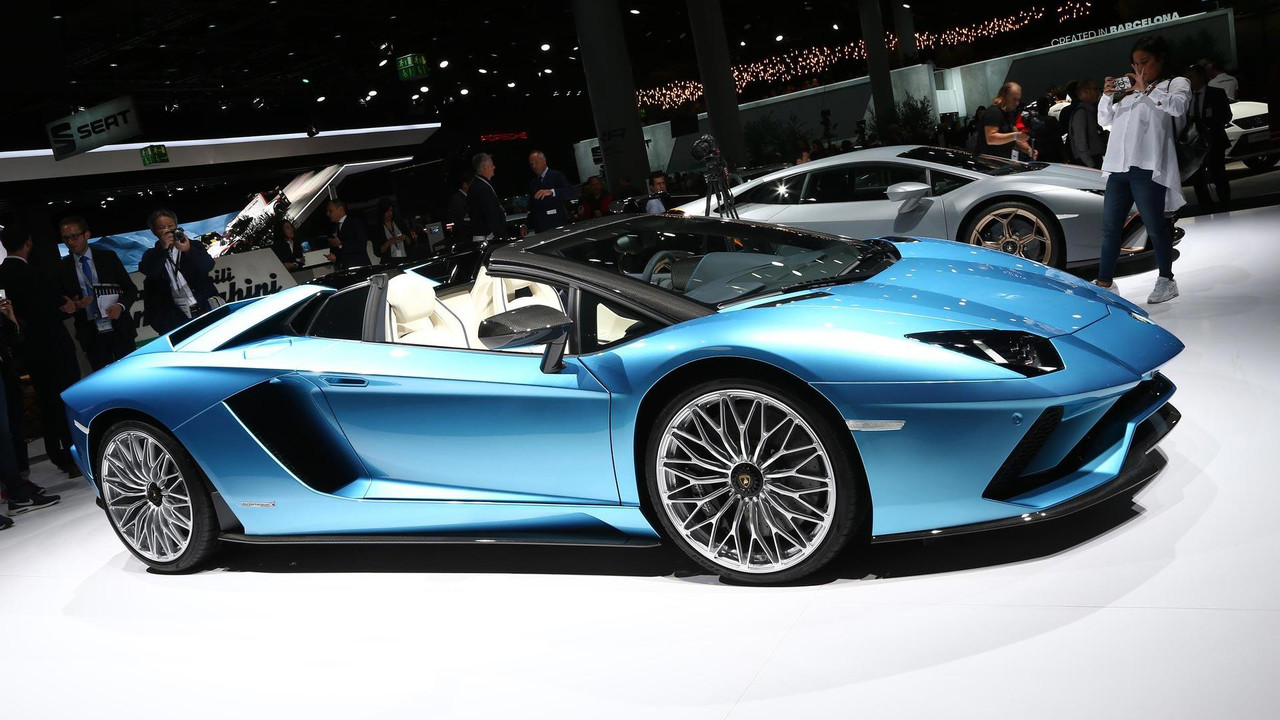 All the galleries of all the cars in one place. Who says we never buy you anything?

All the pictures you could possible want from the 2017 Frankfurt motor show. We'll be updating our galleries over the next few days, so do keep checking back.

And for more info about the cars, just have a look at our full Frankfurt round-up story, or we've got the videos, too.

This is autonomous driving at its scariest. The Aicon has no steering wheel, no pedals, and its driverless tech could be coming to production Audis sooner than you may expect.

The Elaine (yes, really, that's it's name) is an electric SUV concept that previews Level 4 autonomous driving such as a remote parking function capable of tackling multi-storey car parks.

The first rear-wheel drive Audi R8, no less... Excited much?

Footballers rejoice - the new Bentley Conti GT is here, and it's a stunner.

This is BMW's answer to the Tesla Model S. It's a four-door, coupe-styled saloon that'll go into production as the i5 to sit between the existing i3 and i8 models.

Four-wheel drive and 592bhp. The new M5 promises to be rather different to its legendary predecessors, but there is still a rear-wheel drive only mode to keep drift-monkeys happy.

We saw the BMW Z4 Concept at Pebble Beach earlier this year, but BMW gave it a European airing at Frankfurt. It's a good indication of what the next Z4 will look like, but we'll see that for real next year.

The BMW X7 Concept is a three-row, six-seat SUV. It's big, brash and brutish, and coming to a street near you in 2018 to take on the Range Rover in the luxury 4x4 stakes.

How good does this look? The BMW M8 GTE is the race car version of BMW's 8-Series, which will hit the race track in the World Endurance Championship before it hits dealerships to replace the now defunct 6-Series. We want one already.

We like the Dacia Duster - its simple remit of offering a hard-working SUV for city car money is one we can all see the appeal of, and thankfully this all-new one sticks to the same recipe.

Honda reckons this retro, Mk1 Civic-inspired EV will be in production by 2019, and even better news is that they say that it'll look just like this concept.

This is Hyundai's answer to the Nissan Juke, and we'll be driving it in the next few months.

Jaguar's making a racing car based on its pure electric I-Pace SUV, and it'll be used in a one-make race to support the Formula E. And it looks pretty wicked...

Kia's dropping its three-door hot hatch from the Cee'd lineup and might make a four-door long-hatch like this Proceed Concept, instead.

A supercharged 5.0-litre V8, a rear-mounted winch and greater ground clearance than the standard Land Rover Discovery makes this one of the most hardcore off-roaders going.

It's a Lamborghini Aventador S with a folding roof. Why wouldn't you want to look at it?

Lewis Hamilton was on hand to help Mercedes boss Dieter Zetsche launch this hypercar concept that will be bringing F1 technology in production form soon.

The EQA concept car will be the entry-level EQ model when it arrives in production form in 2020, with a 249-mile range and a price expected to take on BMW’s popular i3.

The JCW GP Concept uses carbon-fibre to keep weight down, but the bespoke aero bodykit front and rear, large wheel-arch extensions and a massive back spoiler serve to give the Mini a forbidding presence.

Does what it says on the tin. It's a Mini hatch, and it's electric. What's not to like?

New Cayenne. Looks quite a lot like old Cayenne, and when you've finished playing spot the difference here, you can also see them here side by side.

Renault reckon your car should double up as extra lounge space. Or at least it should by 2030.

Its predecessor was one of the finest front-wheel drive hot hatches ever. So no pressure on its replacement, then, which gets 276bhp from a 1.6-litre engine.

This cute little pocket rocket from Suzuki weights a mere 970kg – and that, if nothing else, means we're desperate to drive this promising new junior hot hatch.

Toyota’s go-anywhere Land Cruiser 4x4 has been given a refresh for 2018, with a focus on improved comfort, new technology and added user-friendliness.

This is Volkswagen's small SUV, which is close to the Skoda Yeti in size, sitting somewhere between the Nissan Qashqai and Juke in size and ambition.