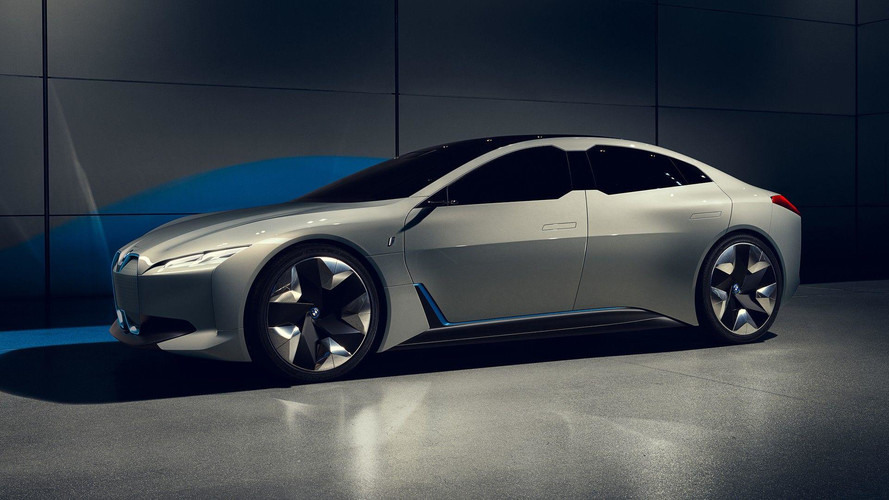 BMW i Vision Dynamics concept will become a rival for the Tesla Model S.

Like the look of it? Well, good, because BMW has said that this i Vision Dynamics concept will definitely become a production car to between the i3 and i8 in the company's striking hybrid and electric car lineup. You can safely assume it'll be called the i5, and will be one of some 25 BMW models with an electrified drive system by 2025, of which 12 will be pure-electric.

Think of the Vision Dynamics concept as the electric brother of the current 4 Series Gran Coupe in form – it gets a similar, sleek four-door coupe shape, but it is of course powered by an electric system, capable of firing it to 62mph in four seconds. Top speed stands at 120mph, while a full charge of the batteries provides a maximum range of 373 miles. It's ultimately BMW's take on the Tesla Model S.

The concept’s design with short overhangs, a long wheelbase, and flowing roofline has one very important mission – to shape the BMW of the future, a car that will feature semi- or fully autonomous functions. The full-length glass surface running from the windscreen to the rear window, for example, creates a roomy atmosphere in the interior and allows all passengers an equally good view out during an autonomous trip.

An electric powertrain means the iconic kidney grille at the front no longer need to provide fresh air into the engine compartment. Instead, the Vision Dynamics study deploys them as 'declarations of technological know-how' with hidden sensors turning them into an 'intelligence surface'. Or to you and us, that means that there's a world of electric gizmos behind the grille to feed back information about the road ahead.

We won't see a production version for a few years yet, but if it's got even half the visual impact and general theatre of the i8 then it'll be a hit with us.