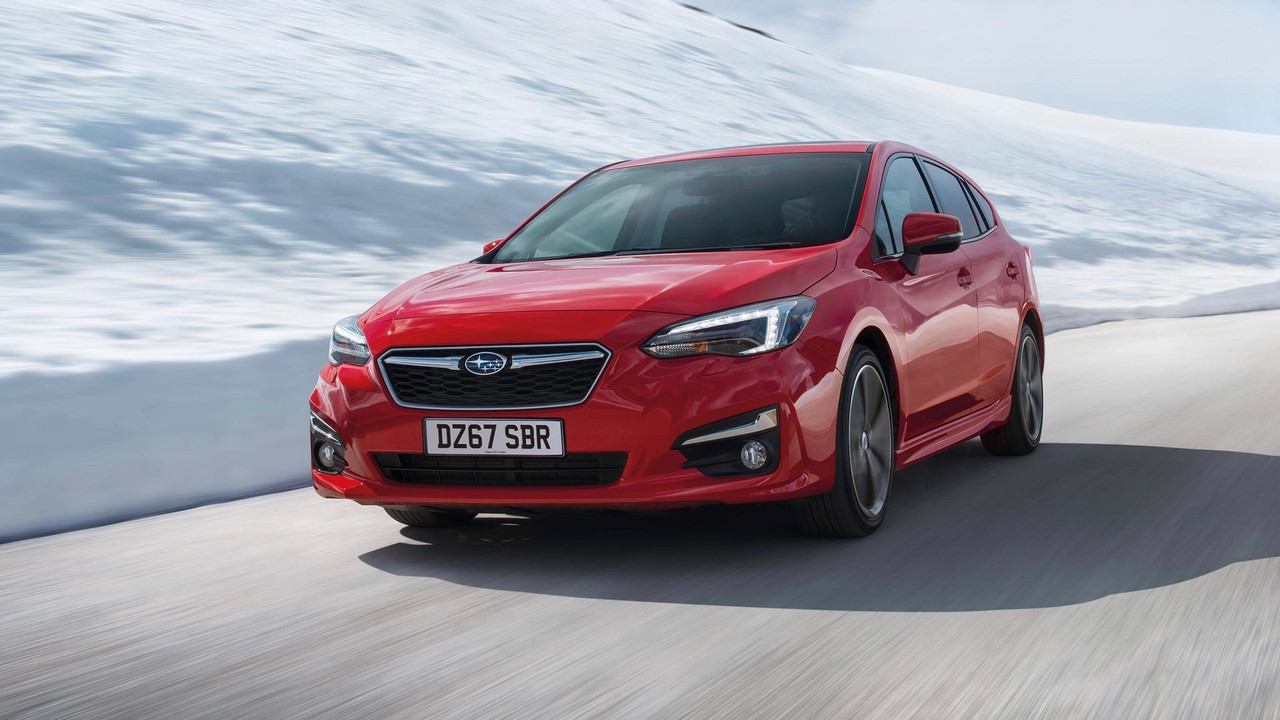 The all-new Subaru Impreza is bigger, safer and more practical.

The all-new 2018 Subaru Impreza has been rolled out for judgement beneath the bright lights of Frankfurt Motor Show today.

There’s no word of the hot Impreza WRX STi yet, although we have been assured that it's in the works along with a less potent WRX model. For now, the Japanese maker has only revealed details of the everyday Impreza, which will be available with 113bhp 1.6 or a 154bhp 2.0-litre petrol boxer engines, both mated to Subaru’s Symmetrical All-wheel Drive and Lineartronic CVT automatic gearboxes as standard.

Suffice to say that means it’s highly unlikely that you’ll look to the Impreza if you’re after frugality or performance (although emissions and acceleration details are yet to be confirmed). However, with four-wheel drive and plenty of safety features including automatic emergency braking, adaptive cruise control, lane assist, blind spot and tiredness warning as standard, Subaru reckons it can attract buyers who want SUV capability without the big SUV image.

Certainly, it’s not going to draw your eye like an SUV might. This five-door hatchback is inoffensive but also fairly forgettable in appearance; in fact, Vauxhall might have something to say about its resemblance to an Astra from the front, while the back more closely resembles the Subaru Outback.

Still, the 2018 Subaru Impreza is based on a new global platform (already used on the Subaru XV) which is much stiffer than the previous car's chassis. It should improve handling, and it's also allowed for a roomier interior courtesy of a wheelbase that’s grown by 25mm; the cabin is usefully wider and there’s more rear legroom now, too. An 8-inch colour touchscreen complete with DAB, Apple CarPlay and Android Auto is the focal point of the dash.

Prices are yet to be announced, but the outgoing 1.6 Lineartronic Impreza cost less than £21k, so we’d expect the new Impreza to come in at under £23k. Rivals like the BMW 1 Series xDrive and Audi A3 quattro are only available with diesel if you want four-wheel drive, and cost closer to £30k, while even the cheaper all-wheel drive, automatic compact SUVs – the Skoda Yeti or Jeep Renegade, for instance - are more expensive.

So Subaru seems to have found some fresh air in the crowded family hatchback market, but we'll wait and see what it drives like before passing judgement on whether it's worth your cash.

Keep an eye on Motor1 UK for full spec details and prices as soon as they’re released.