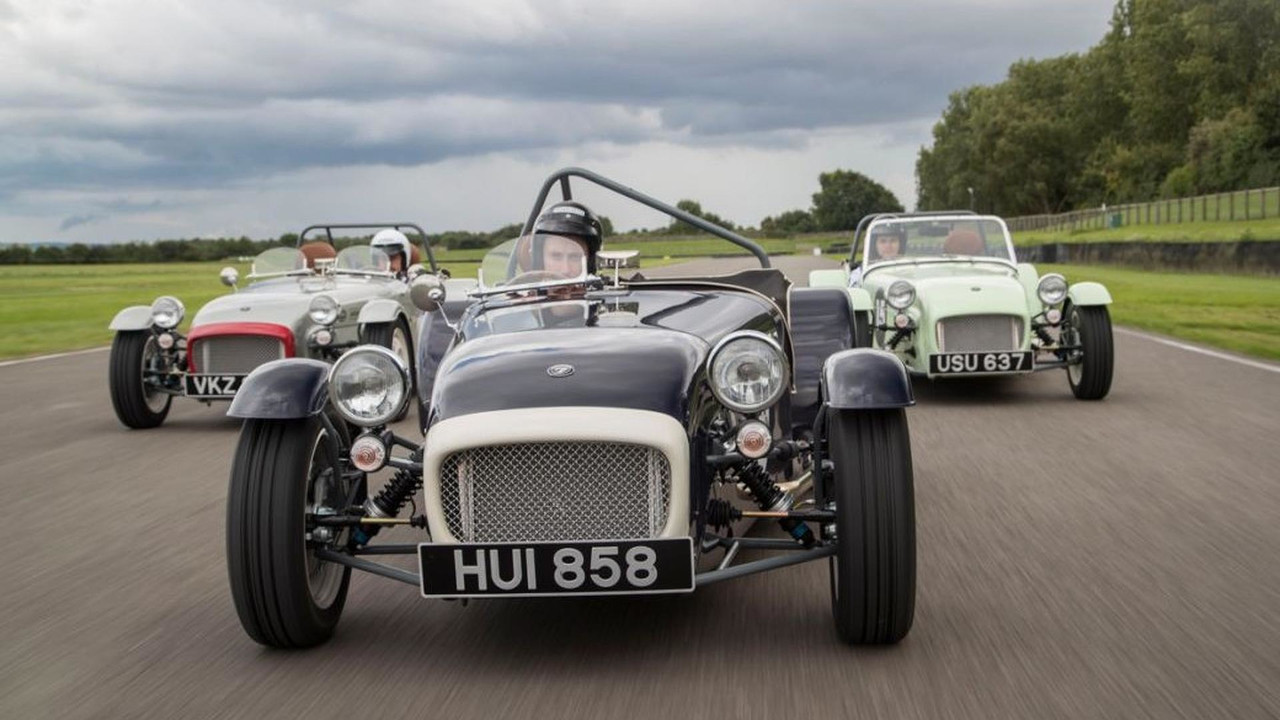 It celebrates 60 years of the model that started life as the Lotus 7.

Caterham has launched another retro version of its Seven at this year’s Goodwood Revival.

The Caterham Seven SuperSprint will be limited to just 60 units and celebrates the 60th anniversary of the iconic car, which started life as the Lotus Seven. Based on the Seven Sprint, the SuperSprint uses the same 0.8-litre three-cylinder Suzuki engine, with power boosted to 95bhp.

The Sprint was revealed at last year’s Goodwood Revival and all 60 models were sold out within a week of going on sale. Expect the new special edition to attract similar interest.

The SuperSprint uses a unique Brooklands windscreen, but many buyers are expected to opt for a full polished windscreen (a £1,995 option). Inside, quilted seats are trimmed in Innes tan Scottish Muirhead leather. A wooden-rimmed sports steering wheel and 1960s-style racing livery complete the look.

Buyers get a choice of six paint schemes, all named after classic racing circuits. They include Aintree (green with orange noseband), Hockenheim (silver with red noseband) and Imola (red with white noseband). Dedicated Caterham fans can even choose a single-seater option, which comes complete with a tonneau cover.

'Like the Sprint, this is unquestionably the Seven Caterham would have developed if we had been here in the mid-1960s,' said Caterham’s chief motorsport and technical officer, Simon Lambert.

'It benefits from being injected with the passion and power of the modern incarnation. The visual appeal of our new baby is only outclassed by a driving experience that puts you straight behind the goggles of Stirling Moss and Innes Ireland.'