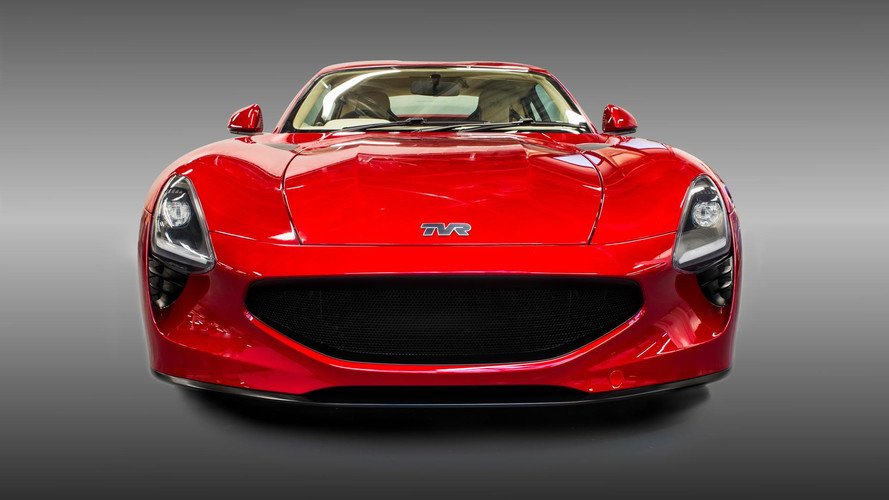 British underdog returns with all-new 200mph model to challenge on road and racetrack.

In an era of impending automation and electrification, the world needs TVR. The British brand, famed for its raw, often scary and ill-tempered sports cars, is making a comeback under new ownership.

And the new TVR Griffith, unveiled at the Goodwood Revival, is the model that will lead this err… revival.

The TVR Griffith…haven’t we been here before?

Sure, but if you’re intent on re-booting a once Blackpool-based manufacturer that has been idle for 11 years, a bit of heritage can’t hurt. People still remember the Griffith badge with huge fondness.

Depending on your age, you’ll either recall the Ford-powered race car of the 1960s driven by Jack Griffith, or the 1990s roadster powered by a Rover V8. Mostly performing smoky burnouts.

What engine will power the new TVR Griffith?

You’ll have heard the mechanical pitch by now: a 5-litre Cosworth V8 with 400bhp per tonne married to a six-speed manual to deliver a 0-62mph sprint time in under four seconds, and a top speed of 200mph.

What we also now know is that the engine is dry sumped and front-mid mounted, allowing a super-low centre of gravity and perfect 50:50 weight distribution. The development story gets even better, too.

How can it get better than a 5-litre V8?

When automotive royalty Gordon Murray is involved in the design, that’s how. Murray has been developing a new construction technique called ‘iStream’ which has been applied to the new TVR Griffith.

The basis of the TVR’s chassis is a tubular steel frame with bonded carbon-fibre panels to provide extreme rigidity while helping the Griffith weigh in at 1,250kg.

There’s a flat-bottomed chassis, made possible by the side exhausts, plus a splitter and rear diffuser to deliver true on-road downforce that can be enhanced on racing versions.

That’s what the man leading this convocation of mavericks is suggesting. Les Edgar masterminded Aston Martin’s return to racing in the early noughties, so the guy has form, especially at Le Mans.

He’s also massive, so we’re not going to argue with him.

Not as shouty or outlandish as you may recall. There’s no fancy flip paint, or smell of resin in the air. In fact, there is a simplicity to this car’s form which is reminiscent of the early 90s cars, like the Griffith.

It isn’t all analogue, either. Whereas previously, the inside of a TVR’s cabin was a confection of traditional dials and charming but unlabelled, randomly located switchgear, the setup here is more familiar with digital readouts and a portrait-shaped infotainment system.

Items that used to be memorable for their omission, such as ABS, traction control and air bags, are now featured due to tougher legislation.

How much does the new TVR Griffith cost?

The TVR Griffith unveiled at Goodwood Revival is presented in Launch Edition specification and costs £90,000.

That includes bespoke paint, a full leather interior and custom alloy wheels, but the regular model will be slightly less and give Porsche 911 customers something to think about. Production will begin in late 2018.