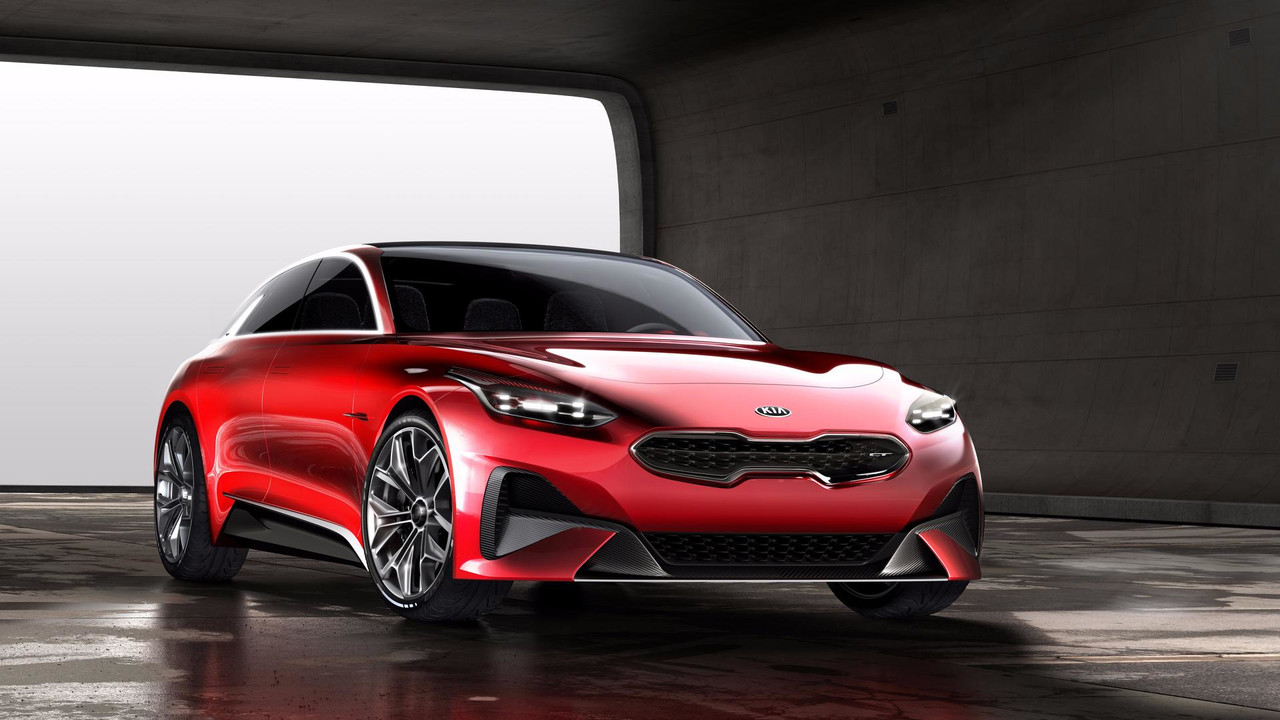 The stylish concept hints at a third bodystyle for the Ceed.

Kia has revealed these pictures of its new Proceed concept car ahead of its official debut at next week’s Frankfurt Motor Show.

The dramatic-looking concept previews the next-generation Ceed, which rivals the likes of the Ford Focus and Vauxhall Astra and is due to be replaced next year. Confusingly, the three-door variant of the Ceed currently takes the Proceed badge, but that’s expected to be axed for the next model. Kia recently launched its new Picanto without a three-door version.

With the Proceed concept taking an almost shooting-brake form, it’s rumoured that a new 'extended hatch' version of the new Ceed could follow. The model range is likely to start with a five-door hatch and estate when sales start late in 2018, however.

The concept is finished in bespoke Lava Red paintwork. B-pillars have been scrapped, while the Proceed sits low and wide over its 20-inch six-spoke alloy wheels. There’s Kia’s trademark tiger nose grille at the front, while a single-strip rear light dominates the rear. The interior is being kept hidden for now.

'With many European drivers now seeking performance alternatives to the three-door hot hatch, we began thinking about a different halo model for the Ceed family,' said Kia Europe’s chief designer, Gregory Guillaume. 'The Proceed Concept represents a bold new vision of how the vibrant soul of the Proceed could be reincarnated and revitalised for a new generation of performance-oriented drivers.'