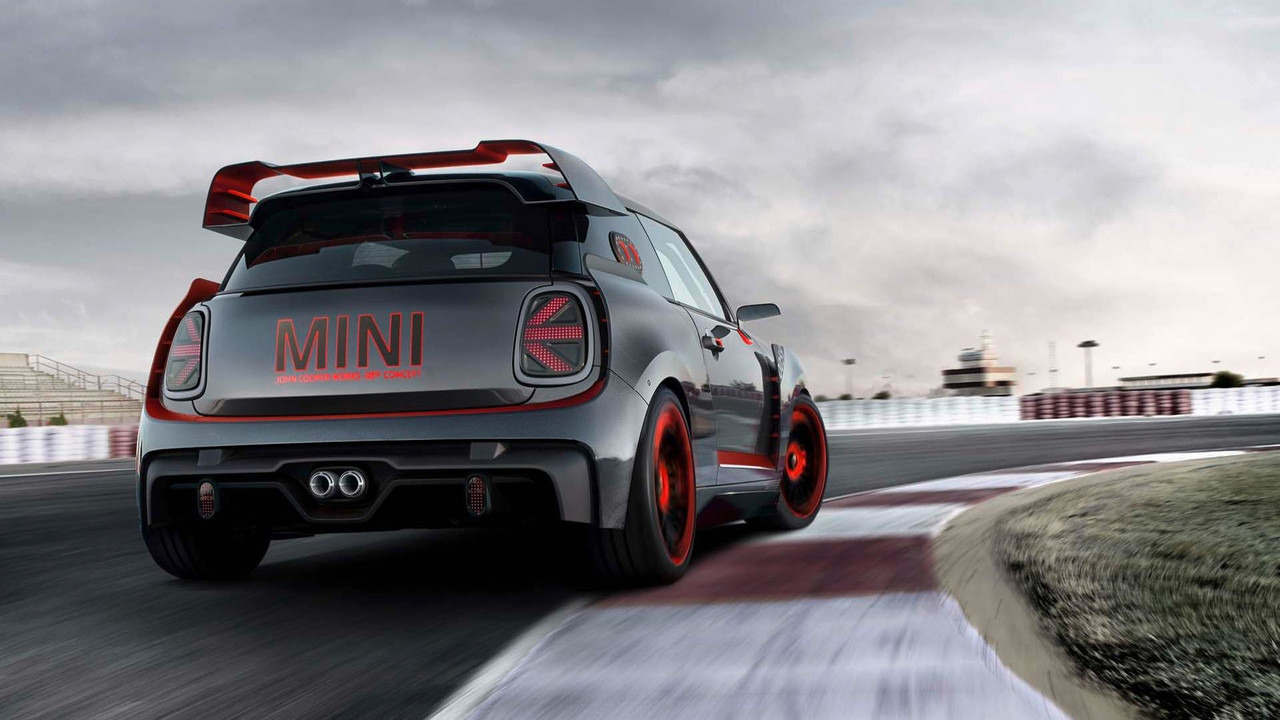 It’s 50 years since Mini won the Monte Carlo Rally – just about within the statute of limitations for claiming motorsport heritage, but the BMW-owned company isn’t going to let that stop it.

As well as the electric Mini concept the British brand will be bringing to the Frankfurt motor show, there’s a new John Cooper Works GP Concept being unveiled on the Union Jack-bedecked stand.

The JCW GP Concept uses carbon-fibre to keep weight down, but the bespoke aero bodykit front and rear, large wheel-arch extensions and a massive back spoiler serve to give the Mini a forbidding presence.

Mini says that the bodywork is intended to emphasise the car’s ‘track focus’, and the air intakes and front grille finished in contrasting paint colours also add to the aggressive look. The car has been painted in what Mini calls ‘Black Jack Anthracite’ paint, which looks grey or black depending on the angle, and accent areas are painted in a matte red shade called ‘Curbside Red metallic’.

In other external styling news, the concept car sits on 19-inch Racetrack lightweight wheels, there are trick LED rear lights that form a half Union Jack on each side, a nod to the brand’s British heritage and a wink to the company’s other concept car at Frankfurt.

The twin exhaust pipes exiting in the middle of the car are a specific John Cooper Works nod to cars gone by.

Inside, switches are limited to a red cut-off button and a start/stop toggle switch – otherwise the driver’s interaction with the car is almost exclusively digital, thanks to the TFT instrument panel and a large touchscreen in the middle of the dashboard.

The rear seats and lining for the door and roof panel have been ditched to save weight. Driver and passenger must clamber over the roll cage to get in and out – it’s the full racing car experience here.

Mini hasn’t released any powertrain or performance details, but we’d have to imagine that engineers have shoe-horned in the biggest engine they could manage in order to produce performance that matches the car’s looks.