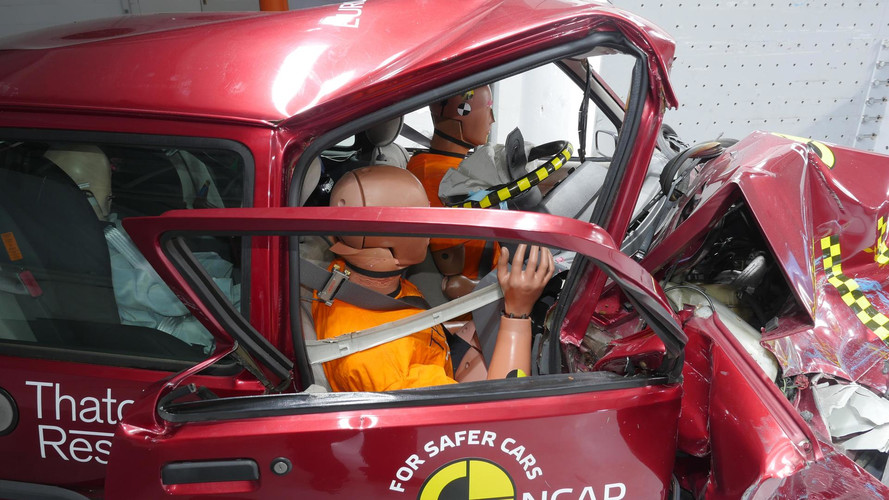 Be prepared to feel sorry for these crash test dummies.

The testing regime has cost £147m since it was first introduced, crashing over 1,800 cars, but the safety organisation says that more than 78,000 lives have been saved in the process.

'We are very proud – as we mark 20 years at the forefront of road safety – that Euro NCAP’s programme of safety tests has achieved major, life-saving improvements in cars and has helped Europe reach the lowest road fatality rate for any region in the world,' said Euro NCAP secretary general, Michiel van Ratingen, who the five-star rating system was probably named after.

The crash that put Euro NCAP on the map, however, was the Rover 100, the geriatric facelifted and rebadged version of the Metro that had been wheezing on for eight years even in that form, a design based on something from the 1970s.

The 30mph frontal impact test showed a strong likelihood of injury across the whole body for the driver, and potentially even death, despite the introduction of side-impact bars and airbags to the range.

Watching video footage of a Rover 100 crash test it's easy to see how this was the only car in 1997 to receive a one-star rating for driver and passenger – the main passenger compartment folds up like tin foil in a way that we just wouldn't see in a modern car.

Wince as the steering column crushes the nifty patent leather shoes of the crash test dummy. Wail a little, as his head glances past the airbag and makes contact with the dashboard. It's difficult viewing, but it did the trick and tanking sales forced Rover to remove the 100 from sale after 18 years.