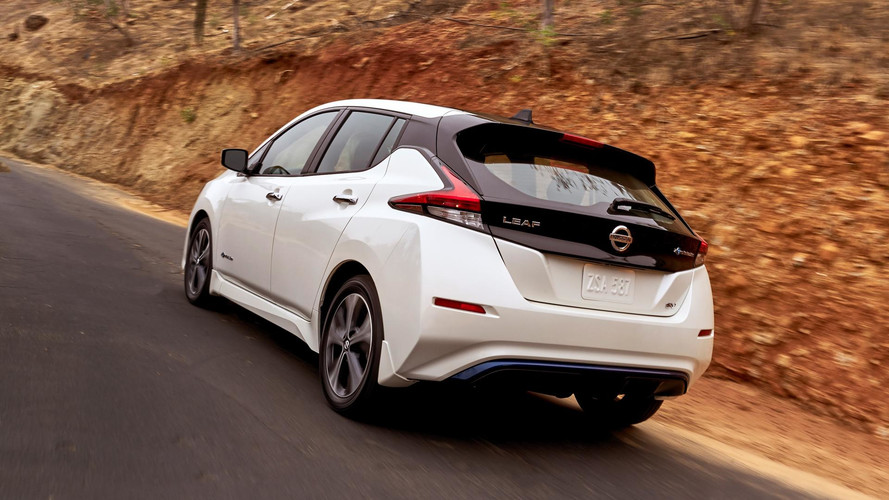 Side By Side: New And Old Nissan Leaf Compared

Sales will begin in January 2018 of the car that will do battle with the new Tesla Model 3.

Today, despite its oddball looks and aging appearance, the Leaf still commands around 50 percent of new EV sales in the UK. By making the new model far more stylish and less quirky, Nissan is hopeful this can be grown further, despite the arrival of ever-more all-electric rivals.

Added new tech will be an extra draw: the new Leaf is the first Nissan to have the firm's ProPILOT autonomous drive tech onboard. A first-generation self-driving system, it allows in-lane autonomy, taking over steering, acceleration and braking at speeds between 19-62mph. Perfect for making motorways less stressful.

There's also ProPILOT Park, a clever park-assist system that Nissan says will get a car into a parking bay at the press of a button. There will be no need to drive slowly back and forth, waiting for the sensors to size up a suitable bay, promises the firm: instead, it will detect the space automatically and do everything hands-free to dock into it. "It makes parking stress free and more precise".

But the really clever function is the new Nissan Leaf's e-Pedal, insists the Japanese company. It has a brake and accelerator as normal, but 90 percent of the time, you won't actually need to use the brake pedal. Instead, a 'one-pedal' drive will be offered by pressing and releasing the accelerator – the car will even come to a complete halt and remain there until you press the accelerator again.

Only in emergencies will you need to actually press the brake pedal, says Nissan.

To say the new Nissan Leaf has been transformed outside and within is an understatement. The original has aged, and its cartoonish appearance seems from a bygone era today. The new model is immeasurably more sophisticated – and, by adopting a more conventional modern car appearance, Nissan hopes more buyers will consider it.

At the front, Nissan has given the new Leaf its family V-shaped grille design, marked out as an EV by blue highlighting. Sharp LED headlights are less alien-like and the charging socket has also been angled at 45 degrees so it's easier to plug the Leaf in without bending down.

The car has a 'floating roof' design, with a contrast design available, and a more sharply-cut rear end has a smart set of tail lamps and a sportier appearance. It's all been done to emphasis the car's lower centre of gravity, says Nissan, and "give an instinctive feeling that it's agile and fun to drive".

Inside, the dated look of the old car gives way to a more premium layout that's better quality and less quirky. In the centre of the dash is a wide touchscreen, backed up by TFT dials in the instrument binnacle, and the architecture is again less 'noughties' and more modern.

The new 2018 Leaf will launch with a 235-mile electric range, according to the NEDC test cycle. This is for the launch model with a 40kWh battery; later in 2018, a more powerful 60kWh version is being mooted, which will take the range to over 300 miles.

A more efficient 148bhp electric motor gives improved performance, and torque is up to 236lb ft. Nissan isn't yet ready to quote 0-62mph and top speed stats, but they will be better – and the new Leaf will be more car-like, agile and comfortable to drive as well. A lower centre of gravity that's aided by better battery tech will help no end here.