Seat has revealed some of the details of its new Leon Cupra R performance model.

Seat is all set to officially unveil its latest hot hatch at the Frankfurt motor show in September, but the Spanish manufacturer has let out some of the information on the new car ahead of its official debut.

The Leon Cupra R will be the most powerful car that Seat has ever produced, and is set to be limited to just 799 units worldwide. It will be available with a manual gearbox and 306bhp, or a dual-clutch automatic and a power output of 296bhp. 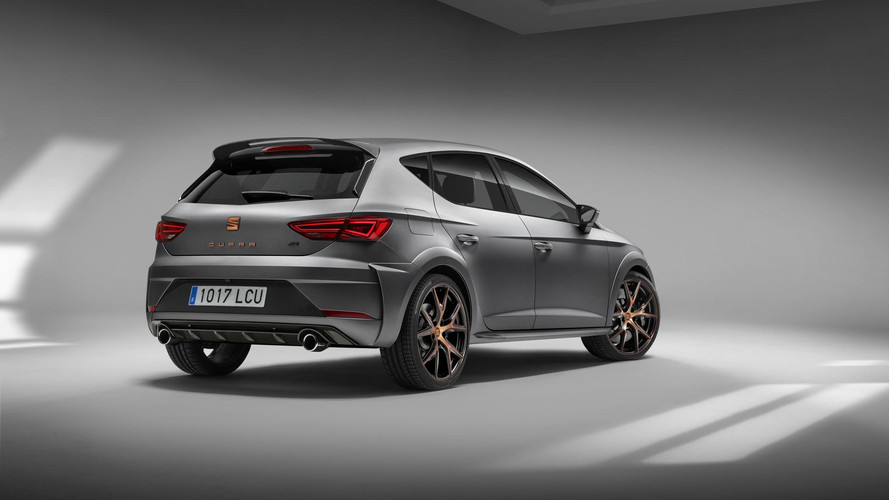 New touches for the car will include carbon-fibre details on the front and rear spoilers, side skirts and rear diffuser as well as more aggressive wheel arches and front air intakes. The wing mirrors and wheel rims will be finished in copper.

The interior will continue the carbon-fibre/copper theme from the outside of the car, as well as the steering wheel and gearstick being upholstered in Alcantara. The Cupra R will be available in Midnight Black or Pyrenees Grey at no extra cost, or a bespoke Matte Grey that’s exclusive to the model.

Dynamically there are tweaks over the standard Cupra model, with Brembo brakes fitted, modified camber on the front axle and adaptive suspension dynamic chassis control fitted too. The car will be available to buy at the end of 2017 says Seat.