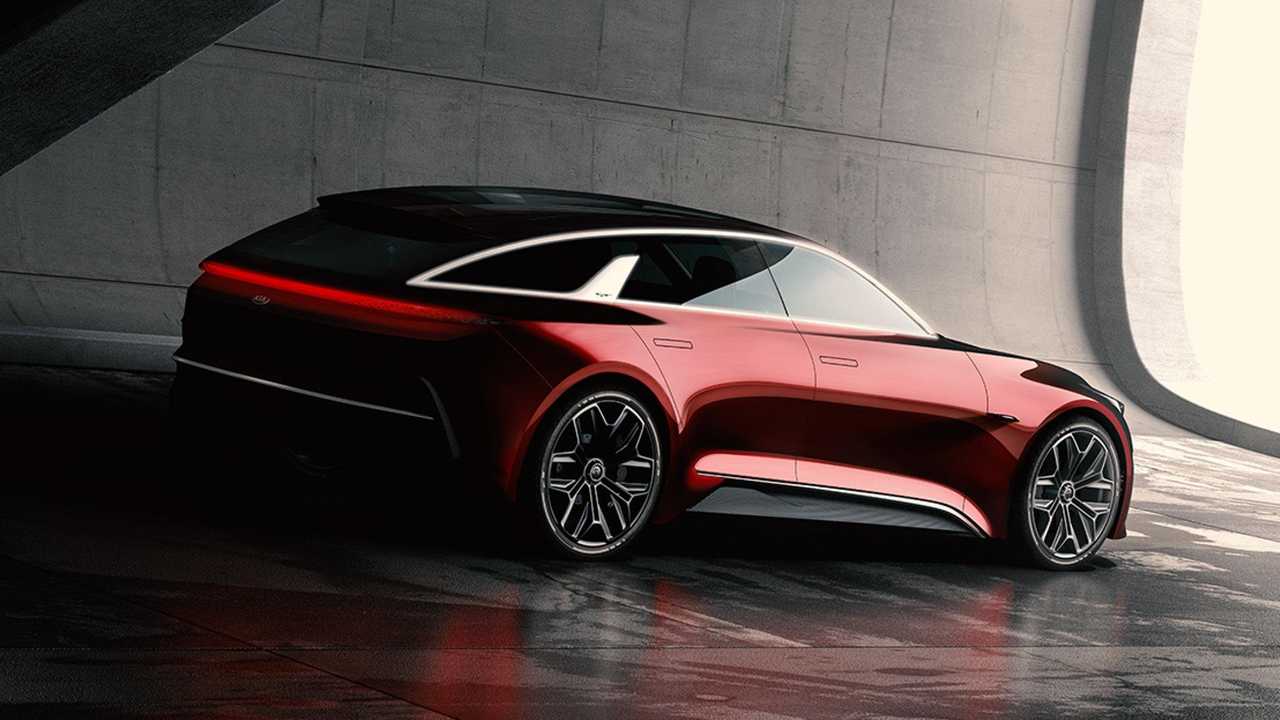 Concept car from Korea hints at a new member of the Ceed family.

The Frankfurt motor show is fast approaching and already manufacturers are beginning to show their wares – Kia isn't quite willing to reveal all yet, but has begun the laborious process of teasing its new concept car.

This currently nameless concept features an elegant teardrop silhouette and sculpted details, with a hunkered-down stance and swollen wheel arches that aim to give the car presence.

Kia describes the concept as being an 'extended hot hatch'. For those who don’t speak car designer, Kia is attempting to combine a traditional hot hatch with the practicality of a nice estate. From the solitary shady image we have seen so far, it is a strange combination that appears to work. Think chilli and chocolate.

The styling comes from Kia’s European design centre, just down the road from where the car will be officially revealed.

Kia’s sister manufacturer Hyundai recently introduced a fastback variant of its i30, so it is likely that Kia will follow suit when it comes to the all-new Ceed.

The next-generation Ceed is unlikely to emerge until next year's Geneva motor show in March, but this new concept car is all set to be revealed at Frankfurt on 12 September.