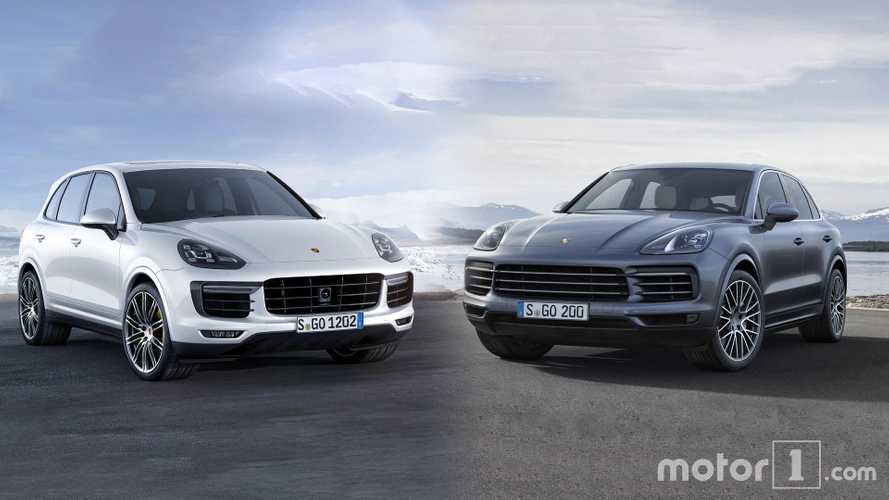 The Cayenne is still the bread and butter of Porsche’s bottom line.

As the saying goes, there are several ways to skin a cat, but only one way to build an SUV. Actually, that’s not a saying. I made it up – but it is true. Four doors, raised suspension and cargo space behind the second row of seats is about the only way to make an SUV.

Even though the 2018 Porsche Cayenne is all-new, it still resembles the Cayenne that Porsche purists love to hate. Can you spot the changes?

The front looks much like the outgoing model, but upon closer inspection, you’ll notice all the tiny details Porsche changed to make the new Cayenne sleeker and more striking than before. The design of the front grille is more cohesive with the enlarged intakes, blending the three elements horizontally.

Porsche also cleaned up the lower front end design. The headlights still sweep backward, but they house new lighting elements. Porsche says LEDs are standard on all models while giving customers the choice to upgrade to either the Porsche Dynamic Light System (PDLS) or LED Matrix Beam headlights.

Oh, and let’s not forget about the bonnet. It has a new design, now with strakes that begin just above the grille. It gives the front end a more powerful appearance.

A full-width lighting element replaces the old bulbous rear taillights, bringing the rear end design closer in line with what's found on the 911 and Panamera. The bumper styling is smoothed over and the rear reflectors move lower to just over the tailpipes, giving the entire rear end a much cleaner appearance.

There’s still a small rear wing that extends from the roof over the hatch window, though it is slightly reworked for the 2018 model.

Porsche tweaked the interior, changed the dashboard design and restyled the vents, making it look like the Panamera's interior. Gone from the centre console is the cascade of buttons.

Everything is simplified with touch-capacitive controls while the grab handles are new. The infotainment screen is larger, too – now a 12.3-inch touchscreen unit because all your infotainment controls should be IMAX quality all the time. The analogue central dial returns, flanked by two 7-inch colour displays. The updates finally give the Cayenne the modern interior it needs in order to compete.