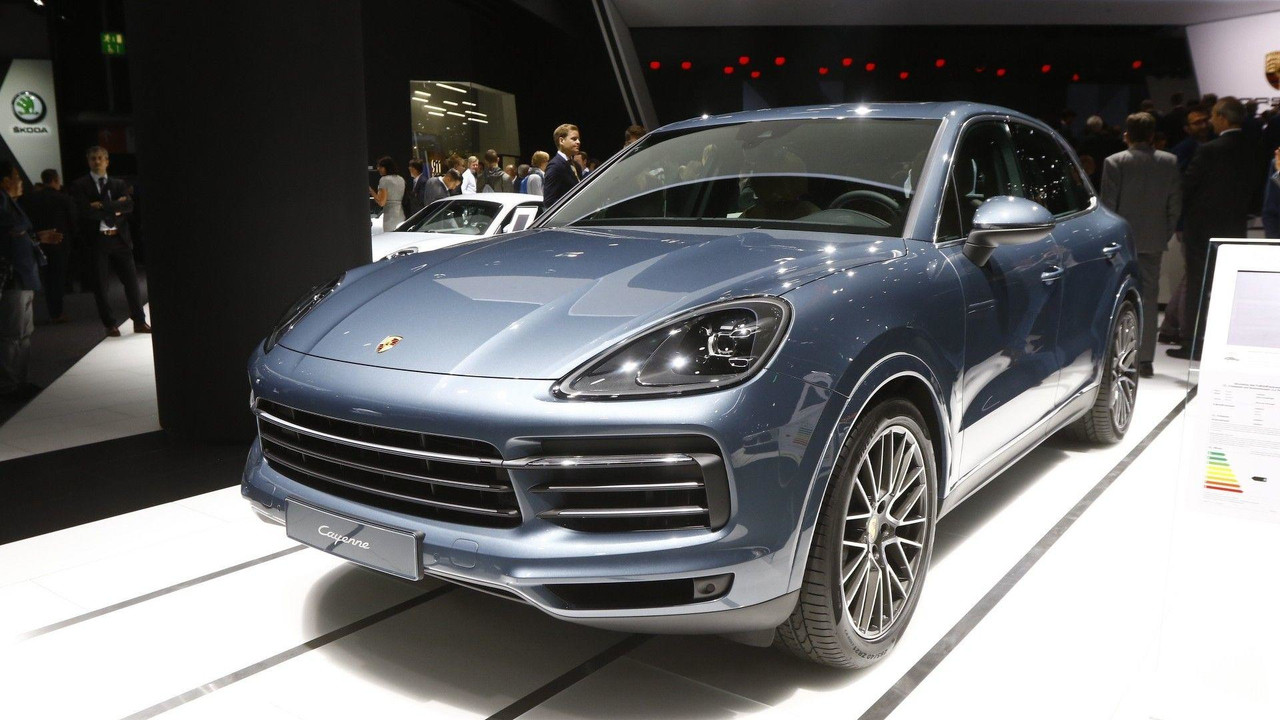 The wraps have come off the latest version of Porsche's large SUV – it's bigger and plusher than ever before.

The pre-Frankfurt tasters are coming thick and fast now, with German manufacturer Porsche the latest to give a preview of the new metal it's taking to the Euro motor show in a couple of weeks. It’s a slightly sharper look for Porsche’s slightly porky Cayenne range-topper SUV, but as well as the external nip and tuck, trying to save a little weight has been the name of the game here.

It's business as usual up front, save for some detail changes featuring horizontal lines in the grille area. The most changes can be found at the back of the car, which now has an air of France’s favourite, the Renault Megane. That probably wasn’t intentional – more plausibly the new rear end brings the Cayenne in line with the likes of the Panamera Sport Turismo.

The wheelbase remains the same length as before, but overall the Cayenne has grown 7cm to 4.92 metres in length thanks to bigger overhangs. The changes mean luggage space has increased by 15 percent on the new model.

It's business class as usual when it comes to the interior – the Cayenne doesn't tear up the rule book, following the recent Porsche template of driver-focused cockpit with a high centre console. A full-width touchscreen right in the middle of the dashboard makes things somewhat more exciting.

A touch of dieting between generations sees the Cayenne ridding itself of 60kg of flab, thanks to body panels and internal components that make extensive use of aluminium. Use of a fancy lithium-polymer starter battery alone saves 10kg.

The initial range will be made up of Cayenne and Cayenne S models when the car arrives next year, powered by a turbocharged 3-litre V6 and a twin-turbo 2.9-litre V6 respectively. The former produces 340bhp and 332lb ft, the latter 440bhp and 406lb ft. An upgraded eight-speed automatic transmission and all-wheel drive come as standard. Future specifications will include all of the usual hybrid, Turbo and GTS variants.