Volkswagen's 150 Millionth Car Just Happens To Be A Hybrid 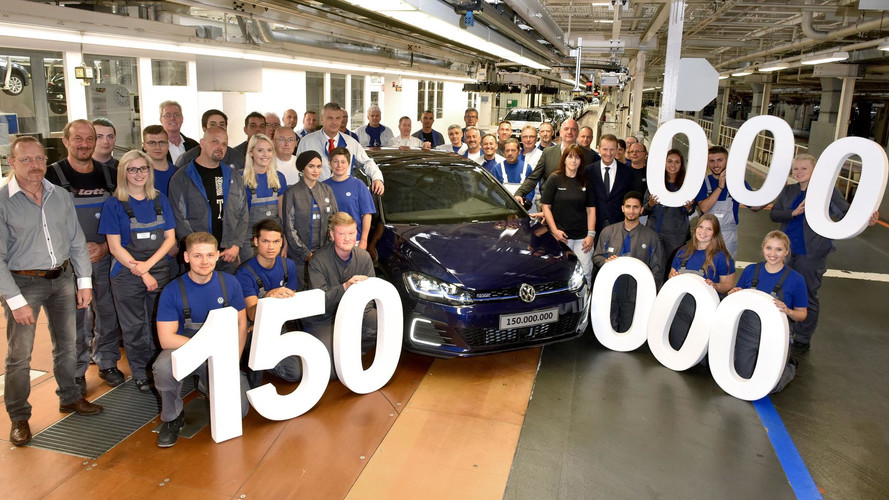 VW CEO celebrates the occasion with a little speech to company workers.

Celebrating 80 years since it was founded in 1937, Volkswagen is also celebrating the landmark number of its 150,000,000th car off the production line this week, and it just so happens to be a plug-in hybrid Golf GTE.

Volkswagen CEO Dr Herbert Diess addressed the company’s workers in Assembly Hall 12 at its Wolfsburg factory headquarters, saying: ‘It is vital that Volkswagen continues to develop successfully. Because we are a strong team, we get the job done, and we have a good plan for the future.

'We must consistently work on our performance in order to remain successful. Past success is no guarantee for the future.’

The German manufacturer is currently adding to its tally at a rate of around 5.9 million cars each year, which means at this rate it will only be eight and a half years until the 200 million car landmark is reached.

Volkswagen production officially began on 27 December 1945 with the Type 1 Beetle, a car that remained in production until 2003, in South America.

The Wolfsburg factory in north-east Germany has contributed the most cars to the overall number, with 44 million vehicles built there in 72 years.

How does the 150 million Volkswagens break down? Here are some of the most popular models. Today's range offers more than 60 variants.