We Took The Land Rover Defender On A Very British Expedition 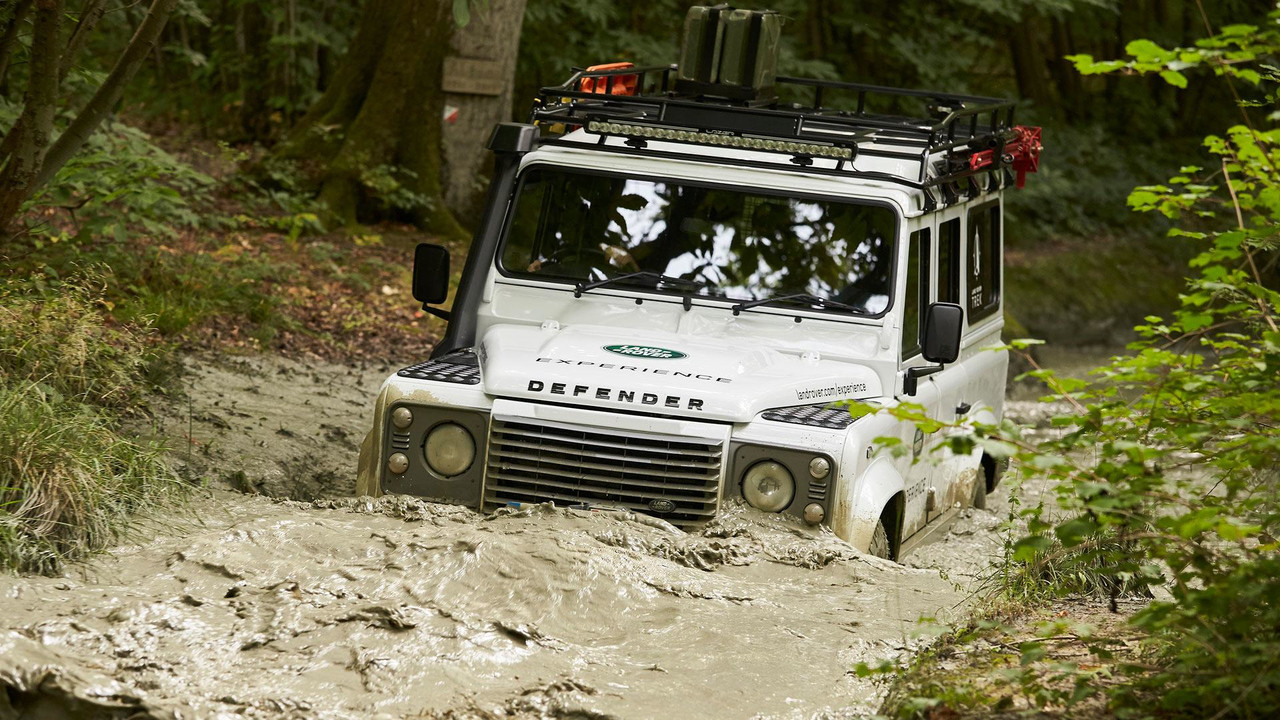 We made a cup of tea in the woods.

Fancy going on an expedition but can’t spare the time to cross the Sahara Desert or trek deep into the Amazon? Land Rover is launching a three-day adventure based at its Eastnor Castle Land Rover Experience centre – and we’ve donned our wellies to try it out.

With more than 40 miles of off road tracks on private land around the Eastnor Castle estate, the Eastnor Land Rover Experience Centre caters for all levels of off road drivers. The Explorer course is aimed at the most enthusiastic of Land Rover fans, and is split into three day-long sections, which can be completed in one go or spread out over time.

It’s not all about driving, though. Participants will be challenged with tying knots, putting up shelters and making a brew in the wild. The skills you’ll learn throughout the course will come in handy should you go on a genuine expedition.

Interestingly, the course uses the Land Rover Defender, despite the model facing the axe in January 2016 and its successor yet to be revealed.

“A Discovery or Range Rover would get around the course,” explained our instructor, “but it gets very tight, and there’s too high a risk of body damage.”

“If you’ve got the space, a Discovery 5 is more capable off road than the Defender.”

While you may expect the course to be designed to flatter the car, the more extreme tracks of Eastnor replicate tough off road conditions which might be encountered on an expedition. Despite our Defenders being shod with serious Goodyear Wrangler tyres, we encountered more than one failure to proceed as the off roader sunk up to its axles in gloopy mood. Don’t doubt the Defender, though – lesser cars wouldn’t have got nearly as far.

“At Land Rover we produce some of the most capable vehicles in the world, and our history in exploration is unrivalled,” said Jaguar Land Rover’s UK marketing director, Scott Dicken. “What we really wanted to do with ‘Eastnor Explorer’ is teach people how to make the most of their Land Rovers, while also introducing them to the wonders of the fantastic Eastnor Estate. It’s a haven for off-roading, and provides a stern test for our vehicles and their drivers.

“Land Rover is all about freedom, and with the techniques taught on our Eastnor Explorer course we hope to give people a taste of the thrills experienced during some of the world’s most challenging expeditions.”

If you’re keen to have a go at the Eastnor Explorer yourself, it costs £325 per driver while passengers can tag along for £95 each.