Your Guide To All The Scrappage Deals Currently On Offer 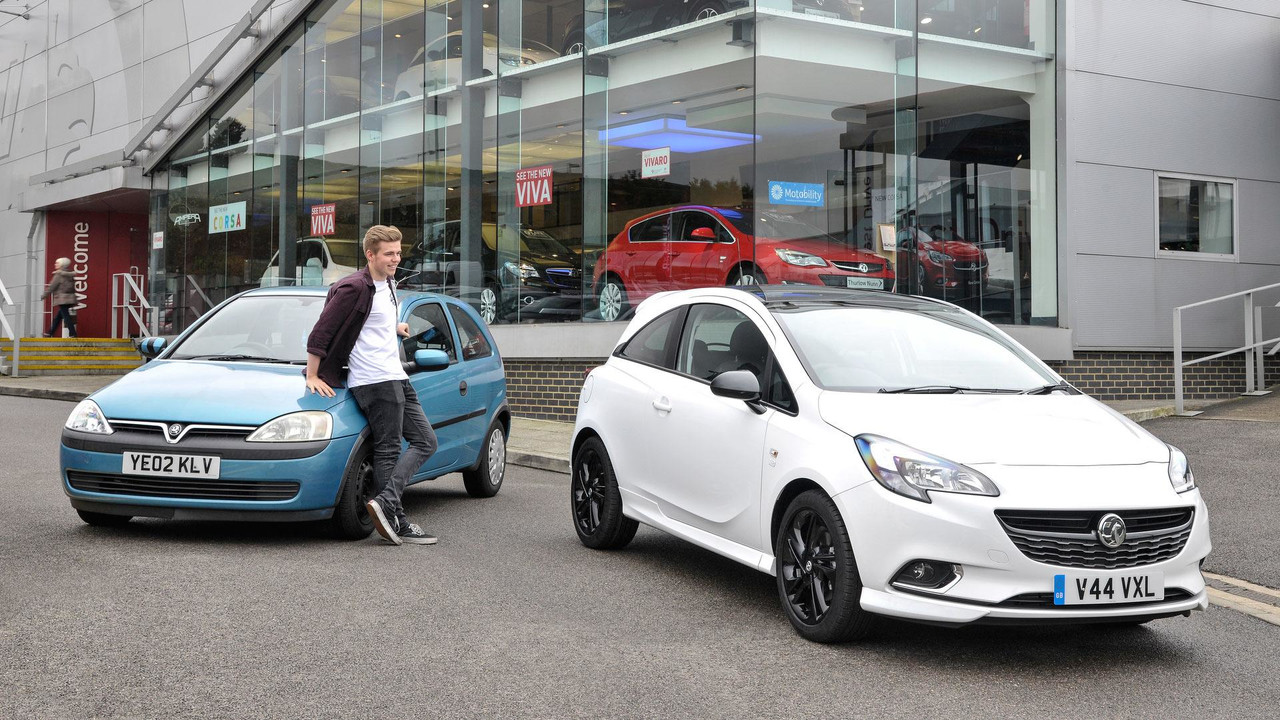 Save thousands of pounds when trade-in your old car.

You’ve probably heard the phrases ‘scrappage scheme’ being banded around once or twice recently. Officially, the scrappage scheme ended in 2010. That was the government-led scrappage scheme, introduced in 2009 to give the motor industry a boost by offering £2,000 off new cars whenever customers traded in their old bangers.

Manufacturers quite liked the scrappage scheme. Rather than simply slashing prices (which makes them look a bit desperate), they could be seen to be doing their bit for the environment as drivers chopped in their dirty old cars for cleaner, modern ones.

As drivers are becoming increasingly concerned about emissions, and the penalties they could be hit with for driving ‘dirty diesels’, a number of manufacturers are bringing back unofficial scrappage schemes offering thousands of pounds off new models. This is what’s available so far.

PSA Group’s British brand introduced its own take on the scrappage scheme in 2015, and since then more than 20,000 cars have been traded in as part of the deal. It gives customers £2,000 off a number of its models, including the Astra and Mokka X, and there’s very few restrictions on the trade-in vehicle.

Eligibility: The only requirements are that you’ve owned it for at least 90 days, and have a V5 registration document with your name and address on for that period of time. It doesn’t need to be a diesel, nor does it need an MOT or even to be in working condition as all cars traded in will be scrapped. Vauxhall’s offer runs until 30 September 2017, and the new car needs to be registered until then, so act quick.

Like Vauxhall’s offer, Ford is pretty relaxed about the car being traded in and the car you’re buying. You can save £2,000 off a number of models, including the Focus, Kuga and new Fiesta, combined with any existing Ford deals. As the firm is currently offering up to £2,950 off a Focus and £2,000 off a Kuga, you could be in for a massive saving when trading in your old banger.

Eligibility: The only requirements for the part-exchange vehicle is that it’s a Euro 4 model or older (that’s most cars registered before the end of 2009), and the V5’s been in your name for at least 90 days. Like Vauxhall, all cars chopped in through Ford’s scheme will face the crusher.

Premium brand BMW took the unusual step of launching a ‘lower emissions allowance’ in August. If your car purchase meets BMW’s criteria, you’ll be given £2,000 off your new car, plus a 'suitable average price' for your old car. This means, unless your car is a worthless old banger, it’ll probably be a better deal than that offered by Ford or Vauxhall - as long as meet all the requirements.

Eligibility: You need to trade in a pre-Euro 5 diesel car, and buy a new BMW or Mini emitting less than 130g/km CO2. You’ll need to have owned the trade-in for at least 12 months, too, and the offer ends on 31 December 2017.

If you trade in a Euro 1-4 diesel car for a new Euro 6 diesel Mercedes-Benz, the company will offer you £2,000 on top of other offers and a fair trade-in price for your car. Interestingly, Mercedes is the only company to say it will resell Euro 4 vehicles acquired through the scheme, but Euro 1-3 cars will be scrapped. The scheme is open until the end of this year, and is also available on electric Smart models – but the scrappage bonus drops to £1,000.

Eligibility: This offer is only open to owners of Euro 1-4 diesels. Like similar deals, you’ll need to have a V5 for the trade-in car in your name, and you must have owned it for at least six months.

Masters of the scrappage scheme, Hyundai is offering £5,000 off its Santa Fe when you trade in a Euro 1 - 3 vehicle. Chop in a Euro 4 car and you'll get £5,000 off plus a fair trade-in price. Discounts on other cars include £4,000 of the i30, £3,500 of the Tucson and £3,000 off the i40. While these sound like incredible offers, such discounts weren't unheard of before the scrappage deal, so don't be rushed into trading in your old car.

Eco-friendly hybrid expert Toyota has introduced a scrappage scheme, with up to £4,000 available off its range. To qualify for that £4,000, you'll need to buy the gas-guzzling Land Cruiser 4x4, ironically. Smaller savings are available on lesser models, including hybrids: £3,500 off a RAV4, £2,500 off a Yaris and £2,000 off an Aygo, for example. The in-demand C-HR qualifies for just a discount of just £1,000.

Eligibility: You need to trade-in an old car (seven-years-old are more) between 1 September and 31 December 2017. You must have owned it for at least six months and all cars traded in through the scheme will be scrapped. Sorry, classic car fans.

Four of the VW Group brands have announced scrappage-style deals. Highlights include £8,000 off a new Audi Q7 e-tron, £6,000 off a Volkswagen Passat GTE and £5,500 off an e-Golf – in addition to government incentives.

Eligibility: The offer is open to all pre-Euro 5 diesel vehicles registered before 2010. It runs until the end of 2017 and all vehicles traded in through the scheme will be scrapped.

Renault is offering £2,000 off selected models on top of existing offers. This means you can save £5,200 off a Kadjar crossover and £4,250 off a Clio supermini. Curiously, the offer isn't available on the electric Zoe – but existing offers mean customers will save £5,000 off the Zoe anyway, says Renault.

Eligibility: To be eligible for the scheme, your car must have been registered before December 31st 2009. It must also have been in your name for at least 90 days. Renault says all cars traded-in as part of the deal will be scrapped.

Nissan is doing things a bit differently. It won't be scrapping vehicles traded in through its 'Switch Scheme', and it's extending it to used examples of the electric Nissan Leaf. As it's not scrapping any cars, it'll give the customer the part-exchange value of their car on top of the scrappage incentive and any existing deals. That scrappage incentive is £1,000 on used Nissan Leafs, and up to £2,000 off new models. Combined with other offers, customers will save up to £5,000 off an X-Trail and £4,500 off a Juke or Qashqai.

Eligibility: The offer is open to customers with pre-Euro 5 petrol and diesel trade-ins. Be quick, it runs out at the end of September.

Kia is offering £2,000 off its Picanto and Rio models when you trade in any car over seven years old.

“Both our small cars, Picanto and Rio, have dramatically improved emission levels compared to the previous models – by as much as 73g/km so owners of cars over seven years old can get the latest safety equipment, technology and comfort as well as helping reduce emissions generally and saving themselves a good amount of money in the process,” said Kia's president and CEO, Paul Philpott.

Eligibility: There aren't any strict requirements for Kia's deal. As long as your name's on the V5 and it's over seven years old, Kia will take it. And scrap it.

Trade in a Euro 1-4 petrol or diesel car for a new Fiat, Alfa Romeo, Jeep or Abarth and you could save up to £5,300. That discount is on the Alfa Giulietta, while there's £3,500 off a Jeep Renegade and up to £3,000 off an Abarth Spider. View the full range of discounts here.

Eligibility: The offer's open to any pre-2010 model being part-exchanged, but be quick: you need to place your order before the end of September, and take delivery by the end of the year.

If you're looking for a likeable and affordable supermini, MG is offering £1,500 off the MG3 as part of its scrappage scheme. That's about all there is to it, as MG's keeping things simple. “Other manufacturers have rushed out complicated offers, restricted to certain models and with lots of caveats. We don’t," said MG's head of sales and marketing, Matthew Cheyne.

Eligibility: You can trade any petrol or diesel car in for an MG3 as part of the deal. All cars traded in will be scrapped, says MG.

Eligibility: Mazda's scrappage offer is available to all cars – petrol and diesel – registered before the end of 2009. The offer runs until the end of December 2017.

Suzuki's scrappage scheme is another simple one: trade your car in and enjoy £2,000 off a new Baleno, S-Cross, Swift or Baleno. Meanwhile, the Celerio, Ignis and Jimny qualify for a £1,000 discount.

Eligibility: The offer is open to all pre-Euro 5 cars, as long as it's been registered in your name for at least 90 days.

Eligibility: The offer runs until the end of December 2017 and is open to all petrol and diesel car registered before the end of 2010.

Renault's budget brand Dacia has announced a scrappage scheme, available on the Duster model only. Buyers of Laureate, Prestige and SE Summit models will get a discount of £1,000 alongside existing deposit contribution deals, while the Ambiance qualifies for £500 off.