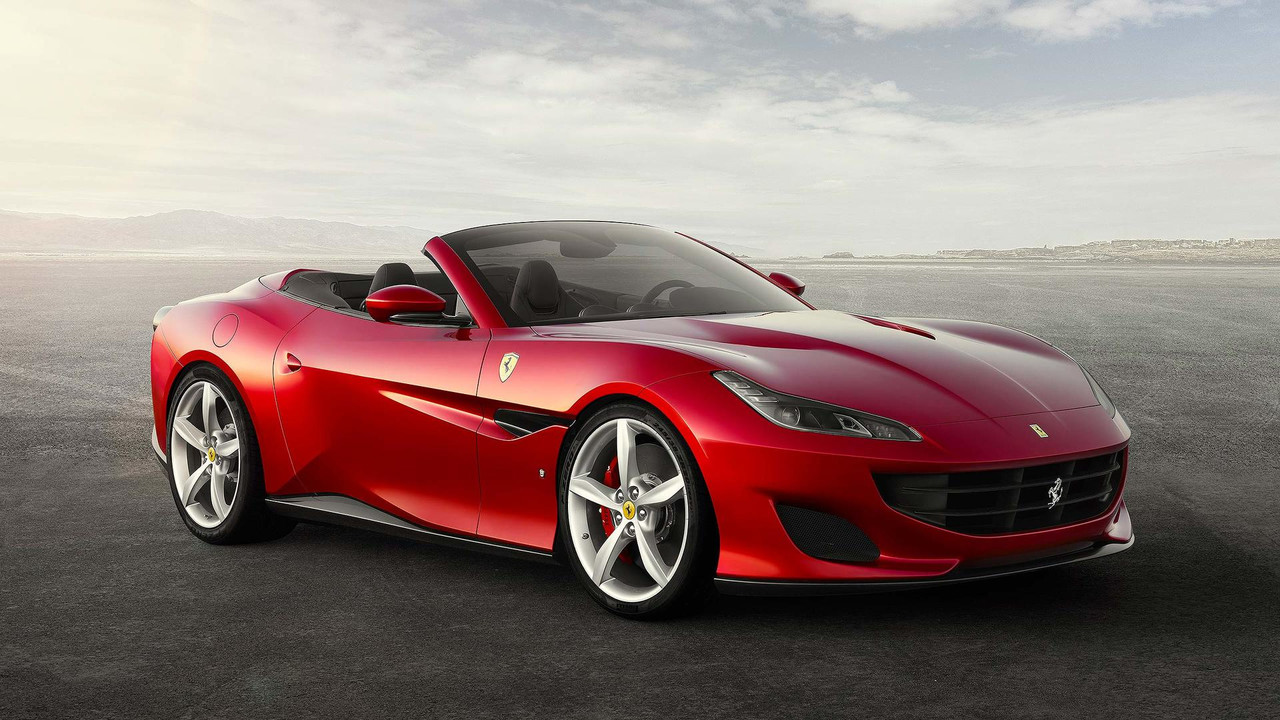 Replaces California T in the most beguiling way.

Ferrari has revealed the stunning new Portofino, an elegant new open-top GT redesign of the unloved California T. Equipped with the 591bhp twin-turbo V8 from the 488 GTB supercar, the new model will make its public debut at the Frankfurt Motor Show in September.

Ferrari says the new Portofino – proudly referencing “one of Italy’s most beautiful towns” – is significantly lighter than the California T, yet a redesigned body structure means it is also more rigid and robust. Oh, and it’s fast: 0-62mph will take just 3.5 seconds, slightly up on the California T which used a 552bhp version of this engine. Top speed? Ferrari's talking of more than 199mph, which is a polite way of indicating this is going to be a 200mph convertible 2+2.

Expect it to handle much better than its predecessor as well. Ferrari’s fitted, for the first time on an open-top GT, its third-generation electronic rear differential, which it says will give the Portofino more grip and controllability on the limit. It also has electronic power steering, which should make the big 2+2 more responsive.

The old car’s magnetic dampers have been upgraded with dual-coil technology, giving both a useful reduction in roll but also better ride quality, particularly over challenging surfaces. Meanwhile, the redesigned engine is even more potent, even more responsive and, impressively, even more fuel-efficient; it does 26.9mpg combined, the same as the new 2018 BMW M5.

All eyes are on the styling though, created in-house at the Ferrari Design Centre in Maranello. The firm reckons the two-box fastback design is “unprecedented” in a coupe-convertible, which tightens up and improves upon the lines of the California T considerably. It appears less flabby and generally much more Ferrari-like.

Ferrari has given it full LED headlights, complex side air intakes which exit stylishly through the front wings, and a simple, classical set of circular rear tail lamps positioned much further apart to give the car a more planted stance.

It’s been given an interior upgrade too: Ferrari’s fantastic latest-gen 10.2-inch touchscreen infotainment system is fitted, there’s a new steering wheel, redesigned seats and a full-updated air conditioning system that is more efficient both roof up and own. A new wind deflector also cuts wind noise and bluster inside the cabin by almost a third with the roof down.