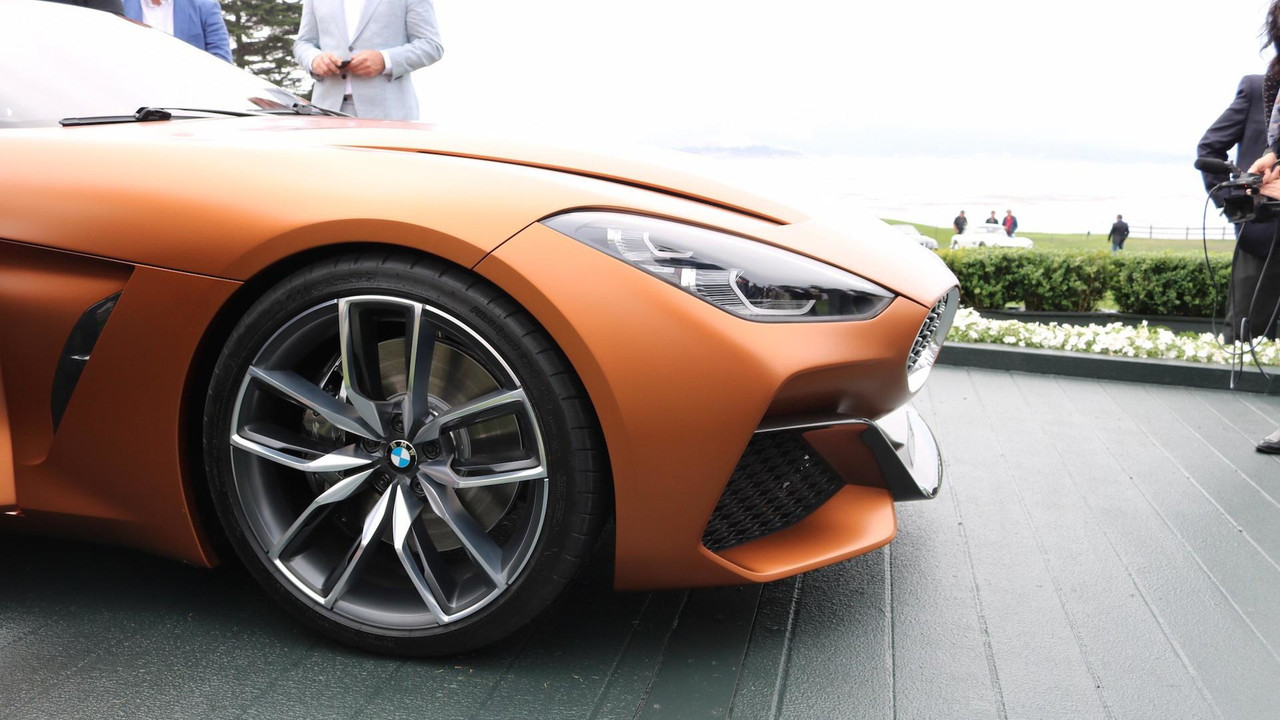 This is as close as we're going to get to the new Z4, set to be revealed next year.

BMW has taken the covers off its new Z4 concept car at the Pebble Beach concours d'elegance in Monterey, California, giving us the clearest idea yet of what the next-generation Z4 will look like when it is unveiled next year.

The new car is being developed in conjunction with Toyota, which is developing a coupe version of the car to go with BMW's convertible. While BMW carries on with the Z4 name, Toyota is set to revive the Supra moniker for the new sports car.

BMW design boss Adrian Van Hooydonk took time away from penning front-wheel drive SUVs for the new project, which he describes as 'all-out driving machine'. 'Stripping the car back to the bare essentials allows the driver to experience all the ingredients of motoring pleasure with supreme directness,' he explains. 'This is total freedom on four wheels.'

The concept car has been presented in 'Energetic Orange' on 20-inch alloy wheels, and makes extensive use of carbon-fibre in its bodywork. Those touches, as well as the clamshell bonnet and two-tone interior, will in fact be toned down for the production car, but the Z4 concept is intended to show an evolution in BMW's latest styling cues.

The production car will launch with conventional petrol engines from BMW's range, but together with Toyota the German manufacturer is also set to produce a hybrid version of the Z4 that uses electric motors on the front wheels to provide four-wheel drive. There's still no word yet on whether the final version of the Z4 will have a folding hard-top or fabric roof.

Check out the gallery of pictures straight from Pebble Beach below.